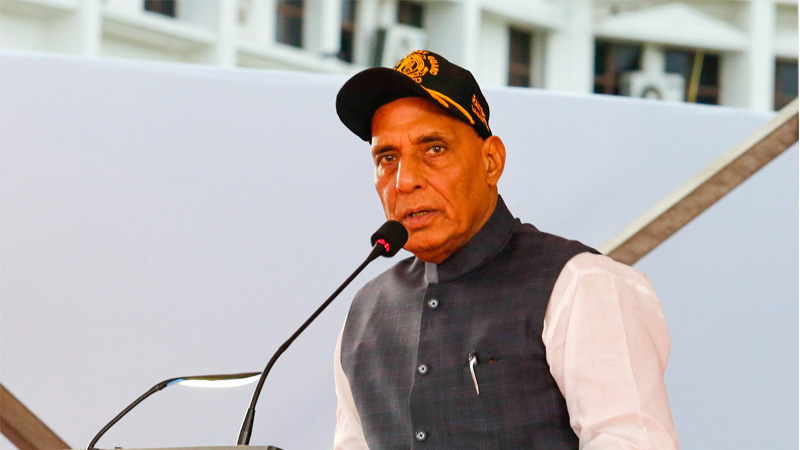 Raksha Mantri Shri Rajnath Singh has called for a 24×7 vigil, co-ordination and pro-active approach from all agencies in the Maritime domain to thwart any potential threats posed by ‘non-state’ as well as ‘state-sponsored’ terrorism. He was addressing the Investiture Ceremony of Indian CoastGuard (ICG) in Chennai today.

Raksha Mantri voiced the Government’s unwavering commitment to ensure that the people of the country feel safe and contribute towards nation-building.“The security at land is strongly linked to security at sea. Our country is facing significant challenges from ‘non-state’, as well as ‘state-sponsored’ terrorism. The attack of 26/11 happened through sea route only. It is the strong resolve of this government that we will not let such incidents to happen on our territory”, said Shri Rajnath Singh.