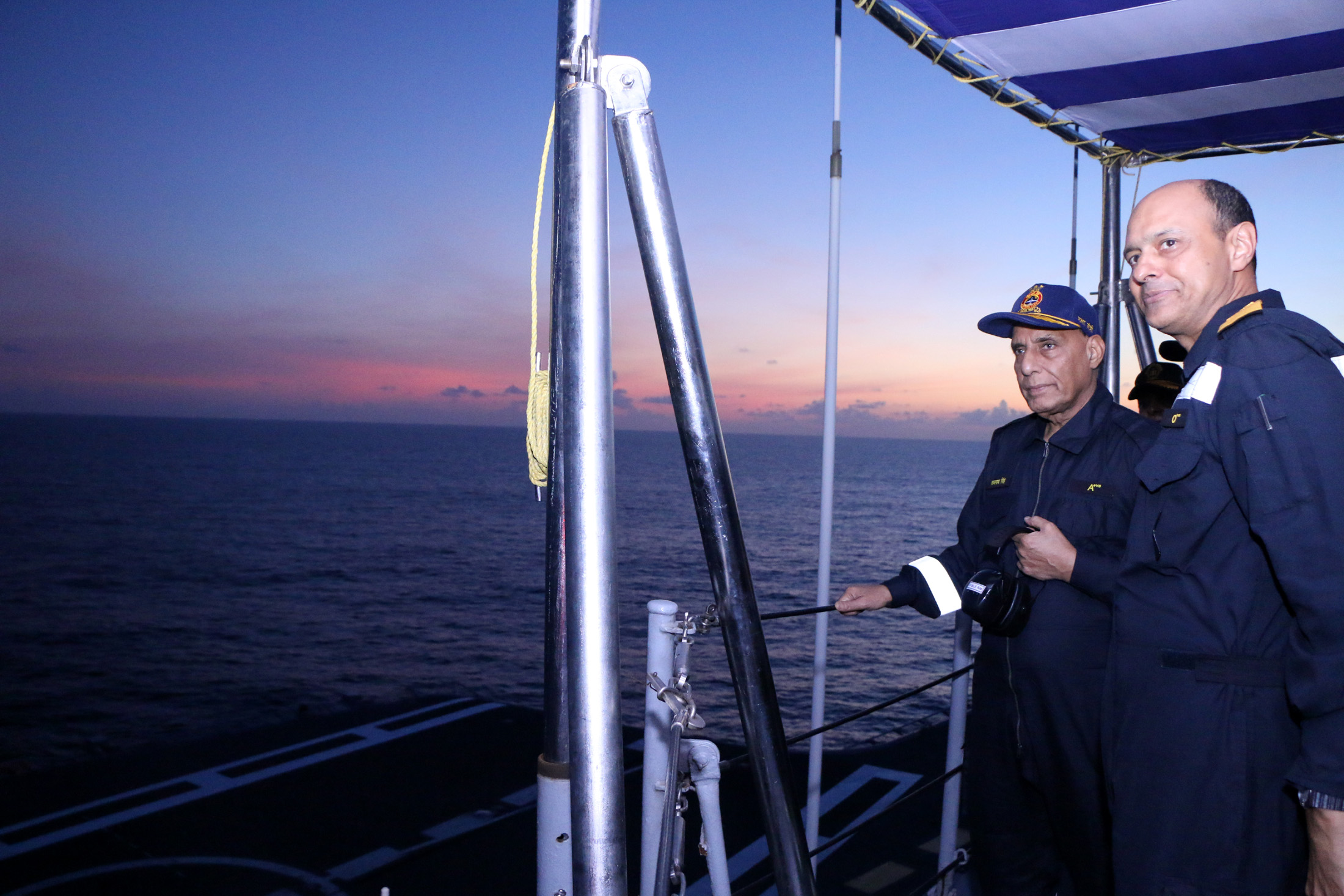 The Indian Navy is ready to defend the country against all threats, Raksha Mantri Shri Rajnath Singh said today while addressing the personnel of Western Fleet, during his “day at sea” onboard INS Vikramaditya off the Goa coast. After witnessing the prowess and fire power of the Western Fleet first hand, Raksha Mantri said, “I am most impressed to see the professionalism, commitment and spirited approach shown by the brave sailors of the Indian Navy. I am reassured that the security of our nation is in safe hands”.

Emphasising that security of India relies a lot on being strong at sea, Shri Rajnath Singh lauded the multi-dimensional approach adopted by the Navy to ensure safety and security in the country’s areas of maritime interest. He said, the Navy’s Mission Based Deployments at critical regions of the Indian Ocean have strengthened the maritime security environment in the region.

Raksha Mantri also commended the Western Fleet which was immediately deployed in a strong posture in the northern Arabian Sea when the Government effectively responded to the Pulwama attacks through strikes on terror camps in Balakot. He said, “Western Fleet degraded the ability of our adversary and ensured they did not attempt any misadventure at sea”. Shri Rajnath Singh termed as most significant the role of Indian Navy to have a credible “second strike” capability as a Nuclear deterrent.

Shri Rajnath Singh said the Government’s commitment towards building a strong and modern Navy was evident in the time of Atal ji also when strong policy decisions to increase funding for warship construction were taken in order to build ‘blue water’ capability for the Navy. He suggested a push for a ‘blue water’ navy considering the increasing prestige and economic power of the country.