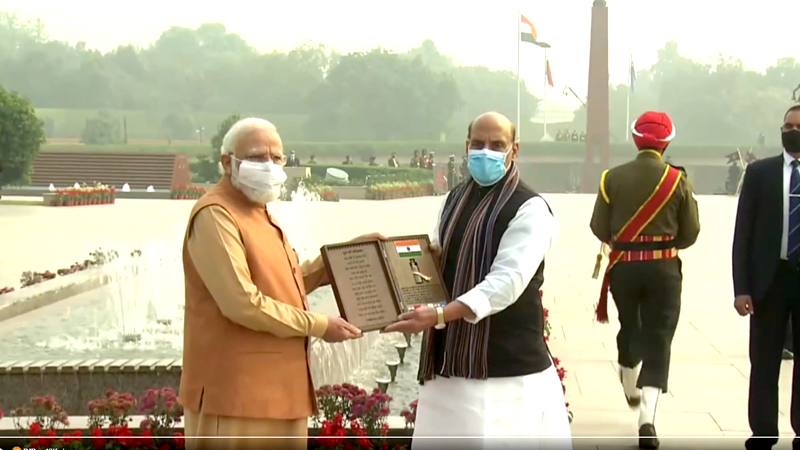 Raksha Mantri Shri Rajnath Singh joined the Nation in remembering the courage, valour and sacrifice of the Armed Forces during the 1971 war on the occasion of ‘Swarnim Vijay Diwas’ on December 16, 2021. In a series of tweets, the Raksha Mantri termed the 1971 war as the golden chapter in India’s military history.

Shri Rajnath Singh also shared some archival pictures from the 1971 war, which include the historic photograph of Instrument of Surrender.

Swarnim Vijay Varsh is being celebrated to mark 50 years of India’s victory in 1971 war. The aim is to spread the message of unity, nationalism and pride among people in general and Armed Forces in particular, in addition to showing respect to the veterans who participated in the war.