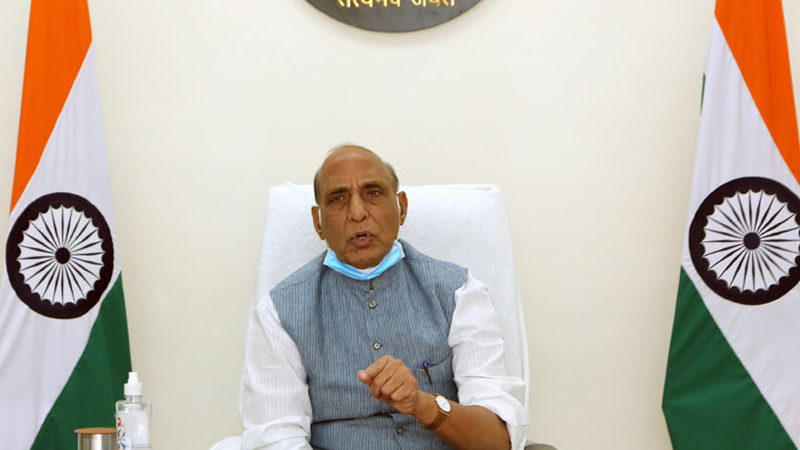 Shri Rajnath Singh was briefed that approximately 600 additional doctors are being mobilised through special measures such as calling to duty those who had retired in the last few years. The Indian Navy has deployed 200 Battle Field Nursing Assistants to assist in various hospitals. The National Cadet Corps (NCC) has deployed 300 cadets and staff at various locations in Maharashtra, Uttarakhand and Haryana. A tele medicine service, to be operated by health veterans, will begin soon to provide consultation to those patients who remain at home. Indian Army has made available more than 720 beds for civilians in various states. The Raksha Mantri directed the Army to share the details with local administration at the state and district levels. General Bipin Rawat suggested that local Military commands have to be actively engaged in assisting the civil administration.

Shri Rajnath Singh was briefed that the 500-bed hospital being set up DRDO in Lucknow will start functioning in the next 2-3 days. Another hospital is also being set up in Varanasi which is scheduled to be completed by 5thMay. The DRDO Chairman said the first four out of 380 Oxygen PSA (Pressure Swing Adsorption) plants being manufactured under PM CARES fund will be deployed in hospitals in New Delhi by next week.

Raksha Mantri appreciated the logistics support being provided by the Armed Forces in transporting oxygen containers from abroad as well as within the country between places of consumption and production. While transport aircraft of the Indian Air Force (IAF) carried out several sorties from Singapore, Bangkok, Dubai and within the country, Indian Navy dispatched four ships – two to Middle east and two to South East Asia – to transport filled oxygen containers to India. As on May 01, 2021, IAF carried out 28 sorties from abroad, airlifting 47 oxygen containers with 830 MT of capacity, while from within the country, it carried out 158 sorties, airlifting 109 containers with 2,271 MT capacity. The Navy and the Air Force have also supplied nearly 500 portable oxygen cylinders from their stores to various civilian hospitals.

Defence Public Sector Undertakings (DPSUs) are procuring 28 oxygen plants and other medical equipment worth Rs 40 crore under CSR for supplying to various hospitals in states. Hindustan Aeronautics Limited (HAL) has set up a 250-bed hospital in Bengaluru. Another 250-bed hospital is being set up in Lucknow.

Shri Rajnath Singh reiterated that the Armed Forces should provide all necessary assistance to civilian administration and asked the officials of Ministry of Defence and the three Services to closely monitor the progress of various initiatives.