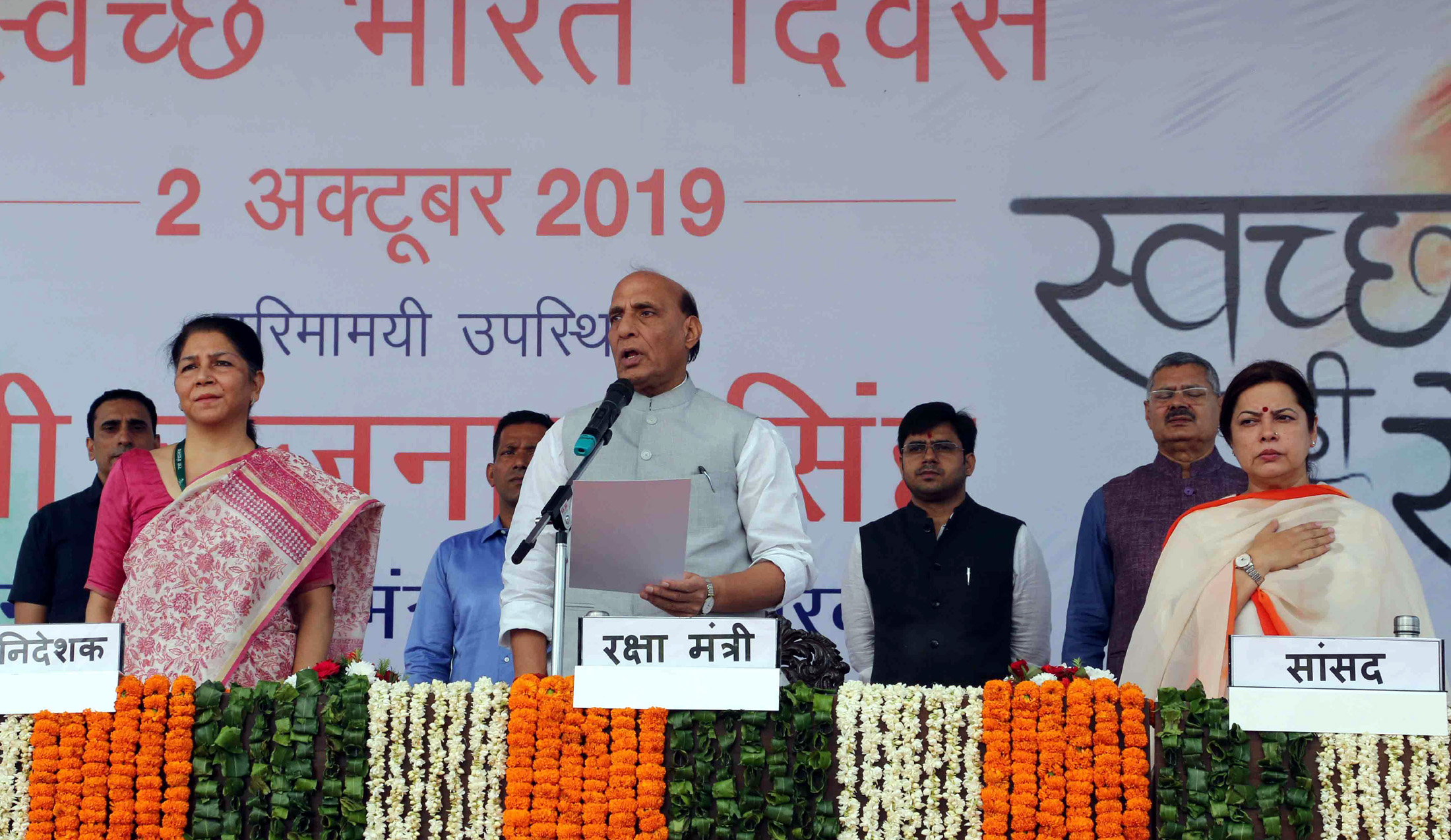 Raksha Mantri Shri Rajnath Singh unveiled a statue of Mahatma Gandhi in Delhi Cantonment and paid rich tribute to the Father of the Nation as a rare person who wielded so much influence over people without occupying formal positions of power. Raksha Mantri also paid tributes to Former Prime Minister Lal Bahadur Shastri who shares birthday with Mahatma Gandhi.

Addressing the gathering, Shri Rajnath Singh said Mahatma Gandhi’s political programmes had economic, social and cultural messages as well for the people at large. Referring to the Champaran Movement, Shri Rajnath Singh said that Mahatma Gandhi, while fighting for the rights of exploited indigo farmers, urged them to work also for the cleanliness of their surroundings and villages. For him that was as important as freedom.

He said that the cleanliness ideas and works of Mahatma Gandhi were made into a people’s movement by Prime Minister Shri Narendra Modi. The result is there for everyone to see. Coverage of toilets in households has increased from 37 per cent in 2014 to 98 per cent now. In all, total of 11 crore toilets have been made in the last five years.