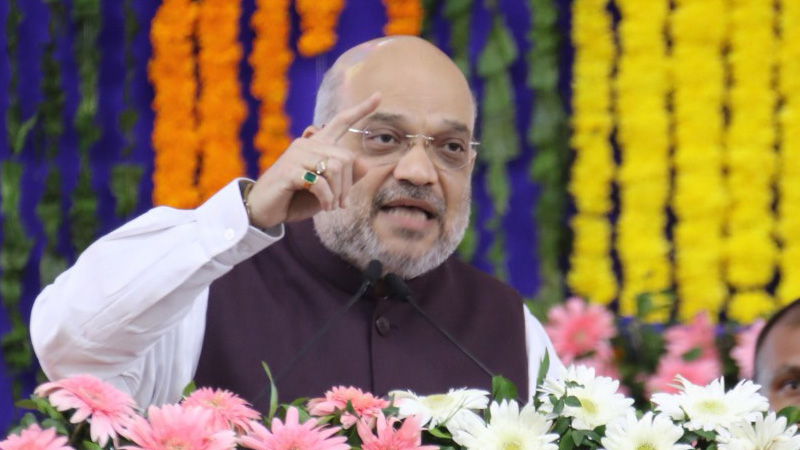 Shri Shah said that Silvassa saw development only after Shri Narendra Modi became Prime Minister in 2014. He added that in the last five years, water, electricity, sanitation and gas had reached every household of the Union Territory of Dadra and Nagar Haveli.

Shri Shah praised Akshaya Patra foundation for their initiative of mid-day meal vans and said that this would help improve health and nutrition levels of children in the UT. 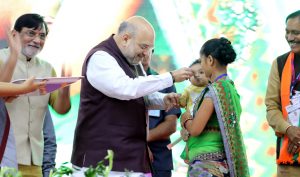 Shri Shah appreciated the Shram Yogi Prasad Scheme, which will provide affordable nutritious meals to labourers near their work areas.

Shri Shah noted that with the beginning of the academic year in Namo Medical College, more than 150 future doctors will be trained every year, which would cater to the medical needs of the surrounding area.

Shri Shah hailed the establishment of Jalshakti Mantralay as an unprecedented holistic approach to the water issue, and said that the move would yield great dividends in future.

Shri Shah noted that 3.5 lakh crore rupees had been allocated in the current year’s budget to ensure water supply to 14 crore households. He said that the government was committed to providing piped water to all households by 2022. He said that this decision of the Prime Minister will massively impact 130 crore people’s lives.

Flagging the issue of plastic usage and environmental crisis, Shri Shah appealed to women to substitute plastic bags with cloth bags and said that the Prime Minister’s vision of Swachh Bharat would get an impetus with this move.

Shri Shah said that under the leadership of Shri Narendra Modi, abrogation of Articles 370 and 35A led to complete integration of Jammu and Kashmir with India. He said that this decision would lead to development in the region and sound death knell for terrorism.

Shri Shah appealed to those opposing the abrogation of Article 370 to rise above politics and stand united with the government in matters of national security and integrity.

Shri Shah laid foundation stone of Silvassa Education Hub and Paramedical Building. He launched the new tourism policy of the UT. He also flagged off of mid-day meal vans, inaugurated of youth hostel and launched Shram Yogi Prasad Scheme, which would provide affordable meals to labourers near their work areas.