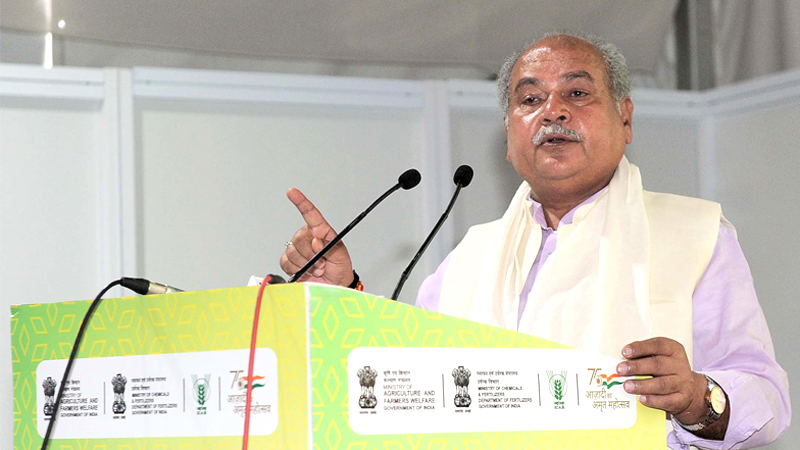 Taking major policy initiatives for Agriculture Startups, the Union Minister of Agriculture and Farmers Welfare, Shri Narendra Singh Tomar made several key announcements today. In the Agri Startup Conference organized on the second day of PM Kisan Samman Sammelan at Pusa Mela Ground, Delhi, Shri Tomar informed that a high-level steering committee will be constituted under the chairmanship of Agriculture Minister for overall guidance of the Agriculture Startup ecosystem. A Rs. 500 crore accelerator programme for taking forward and popularizing the successful initiatives of Agri Startups will be started.

Amidst a large gathering of Agri Startup delegates, Shri Tomar announced that an Executive Committee would be constituted under the chairmanship of Secretary Agriculture, comprising of concerned agencies like DARE, DPIIT, agricultural incubators and knowledge partners, agricultural universities, research institutes, top investors and other stakeholders. Also, a separate Division will be created under the chairmanship of Joint Secretary for Agriculture Startups in the Ministry of Agriculture. A cell will also be created to work as a single window agency for Agri Startups to facilitate all linkages required with certification agencies, financial institutions, agricultural universities etc. Shri Tomar informed that a marketing linkage will be created with organizations like e-NAM and NAFED to meet the market needs of the products developed by the Agri Startups. A portal will also be developed to create a database for all Agriculture Startups and monitor their development. Shri Tomar said that efforts will be made to organize Agri Startup Conclave at national and regional level to promote Startups in Agriculture sector. Shri Tomar said that in the last eight years, it has been the constant endeavour of the Prime Minister Shri Narendra Modi that India should emerge strong on the global political stage. if the power of our country’s farmers, youth, Startups etc are harnessed in a planned manner with an eye on the targets, the day is not far when India will stand on the political platform of the world to guide everyone. Whenever Prime Minister Shri Modi has gone abroad, apart from meetings, he has encouraged the NRIs by interacting with them. We are proud of our brothers and sisters who have the capacity to nurture the world. Shri Modi has given a call to make a self-reliant India and vocal for local; in such a situation, those who once flaunted branded foreign pens in their shirt pockets, today they feel pride in carrying bamboo wood pens made by self-help groups. Earlier, there was a race to go abroad and get jobs, but today many of our young colleagues are taking pride in starting an enterprise or find livelihood in India itself, quitting lucrative jobs abroad. These changes are a good sign. Eight years ago there were only 80-100 Agricultural Startups, whereas after becoming the Prime Minister, as a result of relentless efforts of Shri Modi, today their number is more than 2,000, out of which hundreds of them have been provided training and financial assistance under the scheme of Ministry of Agriculture. The target of the Central Government is to take this number to 10,000. The Union Minister said that the government is committed to develop technology. The government wants our startups to be useful to the country and the world by solving the existing challenges. In this direction, the Ministry of Agriculture, along with the Department of Agriculture Research and Education (DARE) and other institutions including the Indian Council of Agricultural Research (ICAR) are working with utmost commitment. Shri Tomar said that it is necessary to popularize technology, only then people will get its real benefit, as well as technology should be affordable to the common man. Startups should work by deciding their focus and sector, so that farmers can draw full benefits of their output. In view of the rising population of the country and the world, one should also work for food security, especially in view of the challenges of climate change. Startups should innovate with vision and determination. Following the call of the Prime Minister, we have to be successful in making India a developed nation by the centenary year of our Independence. Shri Tomar said that the Government of India has stood shoulder to shoulder and walked step by step with the Startups towards this goal.

Union Minister of State for Agriculture and Farmers Welfare, Shri Kailash Choudhary and Sushri Shobha Karandlaje were also present on the occasion. Agriculture Secretary Shri Manoj Ahuja and Director General of ICAR, Dr. Himanshu Pathak also addressed the conclave. Initially, representatives of hundreds of Startups from across the country put forward their key suggestions to the ministers. Earlier, Union Minister Shri Tomar along with both the Ministers of State visited various stalls and inquired about the Startups. 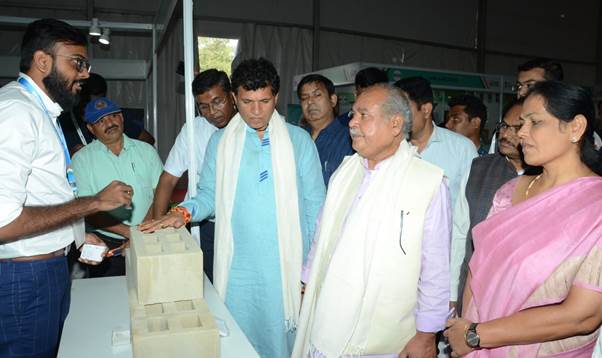