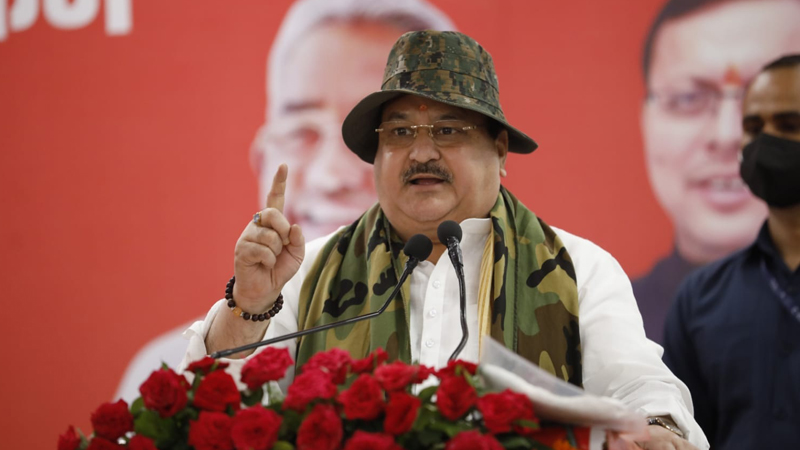 Shri Nadda said that scams happened in every defense deal under Congress rule. Every purchase was a scam. It had become the policy of the Congress government to not take any decision in the interest of the country in any defense deal, instead indulge in corruption. But after Shri Narendra Modi become the Prime Minister, the work of modernization of the army has intensified. A fleet of 36 Rafale is joining the Indian Air Force. Along with this, Apache, Chinook, Surface to Air Missile and Howitzer guns are also being included. Earlier we were dependent on import of Bullet Proof Jackets but today under Make in India we are not only manufacturing world class Bullet Proof Jackets but also exporting the same.