In an exclusive interview with SANSAD TV, Dr Jitendra Singh informed that India has launched 385 foreign satellites so far, out of which 353 were launched in the last 8 years under this government, which is around 90 percent of all launches. 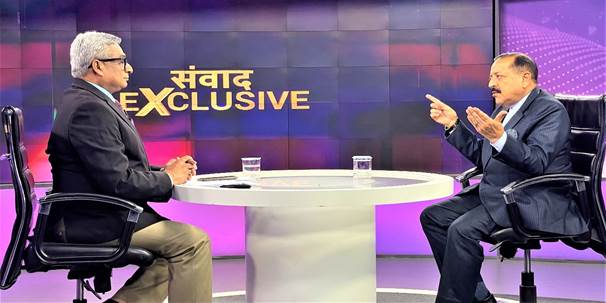 In reply to a question on New Space Policy, Dr Jitendra Singh said, it is in the final stages as the Department of Space is in the process of establishing a predictable, forward-looking, enabling regulatory regime for space activities in the country, through a comprehensive, well-defined policy for the entire gamut of such activities. He said, many steps had already been taken since June 2020 after the Unlocking of the Space Sector for private participation by the Modi Government. He said, the NewSpace India Limited (NSIL) a Public Sector Enterprise under Department of Space, has been empowered to bring a commerce-oriented approach to space activities

Moreover, the creation of IN-SPACe as a single-window agency for the promotion and handholding of Non-Government Entities in conducting end-to-end space activities has resulted in a remarkable interest in the Start-up community, with 111 space-startups registered, as on date, on the IN-SPACe digital platform.\

It may be recalled that the result of such revolutionary reforms is the heaviest commercial launch by India in the form of LVM3, carrying 36 Oneweb satellites on 23rd October, 2022, followed by the pathbreaking and historic launch of India’s maiden private Vikram-suborbital (VKS) rocket developed by M/s Skyroot Aerospace Private Limited, Hyderabad on 18th November, 2022 by Indian Space Research Organisation (ISRO).

Dr Jitendra Singh said, over the last eight years, the Government has taken several steps and removed many roadblocks to strengthen space program and take it to greater heights. Significant progress has been made in the development and realization of space systems catering to earth observation, satellite communication and space science. Multiple successful flights of operational launch vehicles, along with development, realisation and testing of major technology elements of future launch vehicles, was seen during this period. 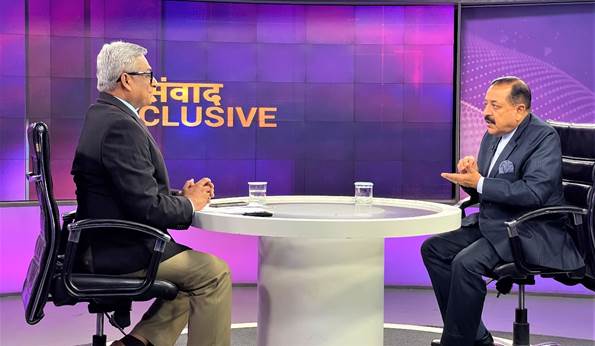 Dr Jitendra Singh said, taking a cue from PM Modi’s out-of-box approach, in 2016 ISRO held a brainstorming session with Line Ministries to understand their needs and provide applications and solutions to individual Departments/Ministries. He said, as a result of that visionary meeting, today, we are witnessing widespread application of Space Technology in areas like Highways, Buildings and Smart Cities Projects also.

Dr Jitendra Singh said, under the Modi Government’s SVAMITVA scheme, geospatial technology along with liberalised Drone Policy to survey all the over 6 lakh Indian villages will prove to be a game changer.