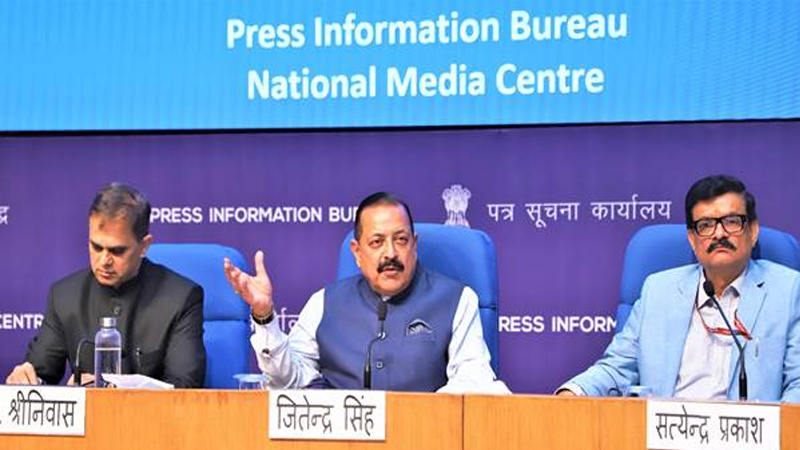 Briefing the media about the outcomes and best practices of Month long Nationwide Special Campaign 2.0 conducted from 2nd October to 31st October, 2022, Dr Jitendra Singh said, over Rs. 364 crores earned from scrap disposal and over 88.05 lac sq feet of space freed during the campaign.

Dr Jitendra Singh said that Special Campaign was a perfect example of the Whole of Government Approach and even went beyond that as Overseas Missions also took active part in the month-long campaign. He said, Departments/ Ministries have given special attention to attached/ subordinate/ filed offices including in the remotest parts of India in month long campaign period from October 2-31, 2022. Dr. Jitendra Singh said officials drew inspiration from Prime Minister’s words in his tweet that “such efforts are not only innovative and commendable but most importantly remind us of our basic civic duty of keeping our surroundings and public places clean.”

Over 300 best practices in conducting the Special Campaign 2.0 as a citizen centric movement, to bring citizens and government closer and create an aesthetically pleasant work environment were reported by Ministries/ Departments.

Amongst the best practices that emerged in Special Campaign 2.0 the following are mentioned:

Dr. Jitendra Singh congratulated all officials and institutions who strived tirelessly under the Special Campaign 2.0 in fulfilling the Government’s stated objective of institutionalizing swachhata and minimizing pendency.