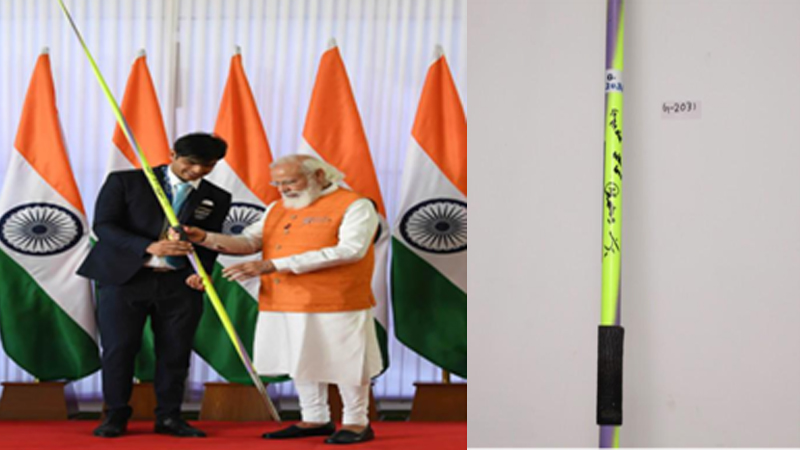 The 3rd edition  of e-auction of prestigious and memorable gifts presented to  Prime Minister of India Shri Narendra Modi is being held from 17th September to 7th October 2021 through the web portal https://pmmementos.gov.in. The mementos include sports gear and equipment gifted to the Prime Minister by winners of the Tokyo 2020 Paralympic Games and the Tokyo 2020 Olympic Games. Otherinteresting interesting artefacts includereplica of the Ayodhya Ram Mandir, Chardham, Rudraksh Convention Centre, models, sculptures, paintings, angavastras among others.

The Union Minister for Culture in a tweet informed about the auction.

Some of the other items likeboxing gloves used by LovlinaBorgohain that are blue with strapped handles at the bottom signed by the player herself are also put for the auction.The badminton racquet autographed by Krishna Nagar,Gold Medallist in Paralympics is also in the bid. Also there is a Table Tennis racket autographed by Bhavina Patel, Silver Medallist, Tokyo 2020 Paralympic Games used by Bhavina Patel in Tokyo 2020 Paralympic games. 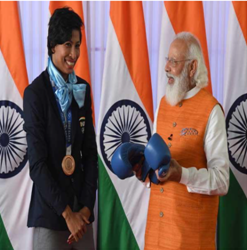 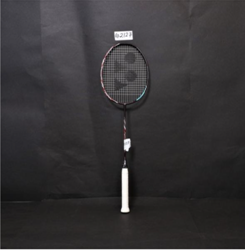 Persons/organizations can participate in the e -Auction through the website: https://pmmementos.gov.inbetween 17th September and 7th October, 2021.

Proceeds from the e-Auction shall go to the NamamiGange Mission aimed at conserving and rejuvenating Ganga. Shri Narendra Modi is the first ever Prime Minister of India, who has decided to auction all the gifts he receives for a noble cause of conserving the lifeline of the country- the river Ganges through “NamamiGange”. The PM has often described Ganga as a symbol of the country’s cultural glory and faith, and that from the point of the river’s origin at Gaumukh in Uttarakhand to where it merged with the sea in West Bengal, the mighty river enriched the lives of half of the country’s population.