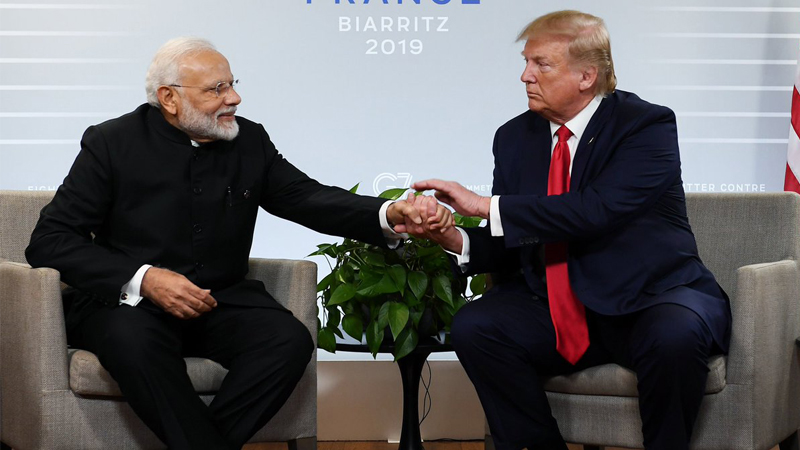 Prime Minister Shri Narendra Modi has categorically rejected any scope for third party mediation between India and Pakistan on Kashmir, saying the two countries can discuss and resolve all issues bilaterally.

Prime Minister yesterday met US President Donald Trump on the sidelines of G7 summit in Biarritz, France. Both leaders discussed various issues. Talking to the media, PM Shri Narendra Modi said that India has bilateral issues with Pakistan. He said that both the countries should fight jointly against poverty and work for the betterment of the people of both countries.

Talking to media, President Trump said he agreed with Shri Modi’s view that issues between India and Pakistan are bilateral in nature. Shri Modi wrapped up the visit by addressing the Session on Digital Transformative Technology, furthering innovation and promoting digital payments. He highlighted the efforts of India towards eliminating single-use plastic, conserving water, harnessing solar energy and protecting flora and fauna for a sustainable future.

India’s prominent stand on protecting the environment, climate and digital technology was lauded at the G-7 Summit. The Prime Minister also met other world leaders on the sidelines of the Summit.