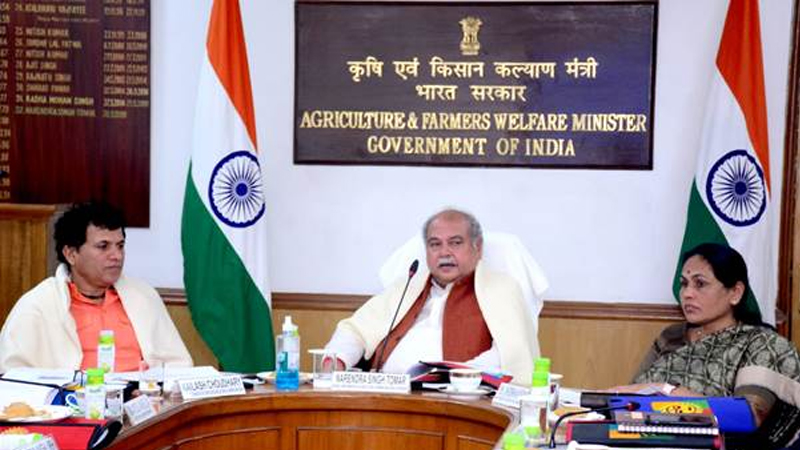 The 32nd meeting of the Board of Directors of the National Horticulture Board (NHB) was held in New Delhi today under the chairmanship of the Union Minister for Agriculture and Farmers Welfare and Chairman of the Board, Shri Narendra Singh Tomar. It was decided that the process of approval of horticulture projects will be simplified for the farmers. Instead of two stages, the process of approval will now be completed in one go and it will be completely digital, along with minimum documents will be required, as a result of which the farmers will not face any problem. Significantly, many projects which used to be approved in a time period of about 6 to 8 months, will now be approved in just 45 days. As a follow up on this process, the scheme design, application filing system, documentation and approval process have been further simplified. The new simple design will come into effect from January 1, 2023. Union Minister Shri Tomar expressed the hope that this process will make the system more transparent and efficient, promote Ease Of Doing Business for the benefit of the farming community and generate more hi-tech commercial projects for NHB funding. In the new design, NHB has also taken initiative to promote convergence of Agriculture Infrastructure Fund (AIF) scheme with its credit linked subsidy schemes.

The meeting also discussed in detail the new initiative of NHB- Swachh Plant  Programme, under which the problem of availability of planting material to the farmers will be solved by spending Rs 2100 crore with the assistance of Asian Development Bank (ADB). This will largely solve the problem of planting material, especially for many commercially important fruits. This programme will go a long way in providing a major contribution to the much needed quality planting material for horticulture crops in the country.

Under NHB, a new vertical has been created towards promotion of organic and natural farming, which will oversee all aspects of the organic sector such as planning, monitoring, area expansion-production, market promotion for value chain development and infrastructure development. In this meeting, the progress of the cluster development programme being run by the Board was also discussed, on which it has been decided that the approval process of applications will be completed at the earliest. The decisions taken in the previous meeting of the Board of Directors were approved in today’s meeting.