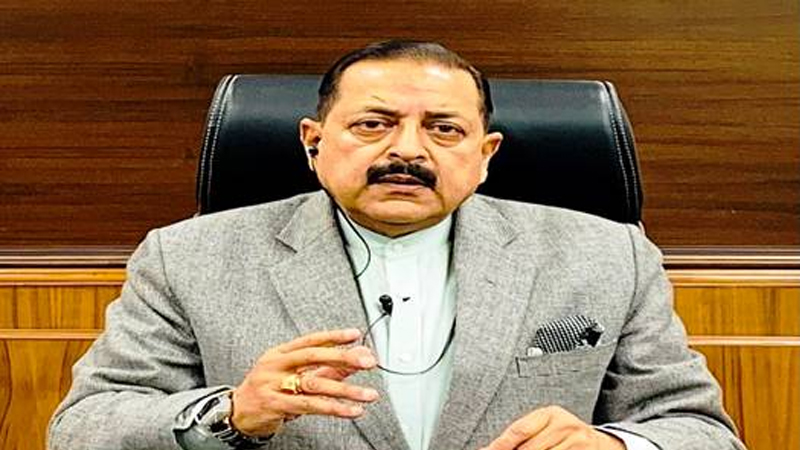 Union Minister of State (Independent Charge) Development of North Eastern Region (DoNER), MoS PMO, Personnel, Public Grievances, Pensions, Atomic Energy and Space, Dr Jitendra Singh said that the Union Budget 2021-22 truly reflects the Prime Minister’s vision for “Minimum Government, Maximum Governance”. Speaking to media, he said, as one of the Six Pillars of the visionary Budget, it outlines plans for reforms as one of the core principles of Minimum government, Maximum governance. In this spirit, a number of steps were taken to bring reforms in Tribunals in the last few years for speedy delivery of justice and the Budget proposes to take further measures to rationalize the functioning of Tribunals, he added. The Minister further added that to have ease of doing business for those who deal with Government or CPSEs, and carry out contracts, the Budget proposes to set up a Conciliation Mechanism and mandate its use for quick resolution of contractual disputes to instil confidence in private investors and contractors.

Dwelling on some of the landmark good practices introduced by the Department of Personnel & Training (DoPT) and the Department of Administrative Reforms and Public Grievances (DARPG) over the last 6-7 years, Dr. Jitendra Singh recalled some of the revolutionary decisions taken to change the face of governance in India. Enumerating a few among them, he mentioned the decision to allow self-attestation of certificates without attestation of Gazetted Officer or anyone else, which was taken immediately after the Modi Government came in 2014. This was followed by abolition of interview for selection to government jobs in certain categories, introduction of three months stint for new IAS officers in the central government before going to their respective State/UT cadre, Amendment in Prevention of Corruption Act 1988 which included making the bribe-giver also culpable to offence, Child Care Leave for male employees, enhancement of maternity leave for women employees, Family Pension for divorced daughters, introduction of digital Life Certificate for pensioners, introduction of CPGRAMS driven portal, reorientation of PM Excellence Awards, changes in the curriculum at Lal Bahadur Shastri National Academy of Mussoorie among others.

Most importantly, Dr. Jitendra Singh said, in the Months of August and September, 2020, two historic decisions have been taken. One of them, he said, relates to “Mission Karamyogi”, which envisages continuous capacity building of every officer through digital mode in order to prepare him for every new assignment taken up by him and at the same time also enable the authorities to scientifically choose the right officer for the right assignment, while the second decision relates to constituting National Recruitment Agency (NRA) for conducting Common Eligibility Test (CET) in order to provide level playing field to every job aspirant across the country, regardless of his socio-economic background.