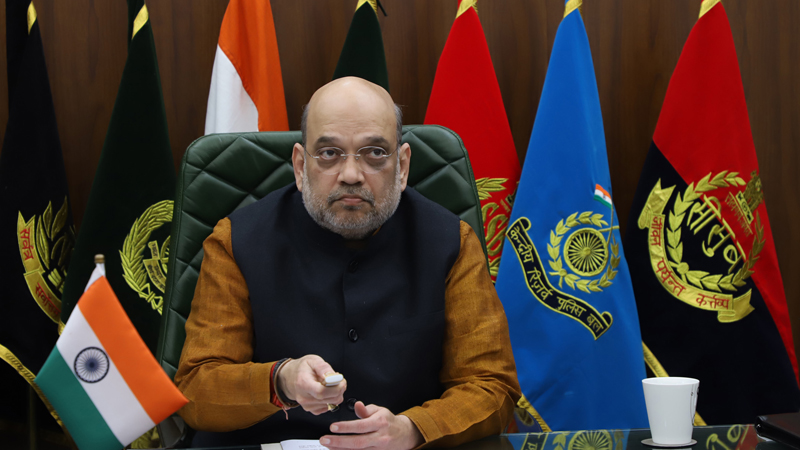 The museum is to be constructed at a cost of  Rs 15 crore sanctioned by the Ministry of Tribal Affairs, Government of India.

Addressing the gathering via VC link after laying the foundation stone, the Union Home Minister said that the setting up of the museum will not only help relay the spirit of the freedom fighters of the country to future generations but also instill a sense of patriotism in them. The museum will inspire the youth of the country in dedicating their service for the nation apart from realizing the spirit of the freedom struggle.It has been 75 years since the country got freedom from the British and the country has a strong commitment to become a superpower of the globe while celebrating its 100th year of independence 25 years later, he said.

Stressing the need for remembering the tribal freedom fighters, Prime Minister Narendra Modi had launched a weeklong celebration of Janjatiya Gaurav Divas on November 15 as a part of celebrating Azadi Ka Amrit Mahotsav  . November 15 will be observed as Janjatiya Gaurav Divas every year as a mark of homage to the tribal freedom fighters of the country, Sh. Shah said.

The Union Home minister also remembered the life and sacrifices made by Rani Gaidinliu whose struggle to free her people from the British began from an early age.Mentioning, freedom fighters of Manipur and others from northeast region, the Union minister also reminded the gathering of the Central government’s decision to rename Mount Harriet, the third-highest island peak in Andaman and Nicobar islands, where Manipur’s Maharaja Kulchandra Singh and 22 other freedom fighters were imprisoned after the Anglo-Manipur war (1891).

The Central government took the decision in honour of the courage and spirit of the freedom fighters of Manipur who always fought the British tooth and nail in battle, he said.

In his speech on the occasion, Union Minister of Tribal Affairs Arjun Munda said that while talking about the freedom struggle of the country, one cannot forget the tribal freedom fighters. The Union minister who is in Imphal, expressed his hope that the construction of the tribal museum will be  completed within the targeted period with the cooperation of the people of the state.

Sh. Munda also assured his ministry’s full support and cooperation in holistic development of Manipur and other states in the region which the Central government under Prime Minister Narendra Modi is giving special focus.

Manipur chief minister N Biren Singh hoped that the museum will honour and commemorate the unsung tribal freedom fighters of Manipur.It will also ensure their legacy of their freedom struggle and sacrifice for the motherland, he added.

The chief minister appreciated Union home minister Amit Shah for renaming Mt Harriet in Andaman as Mt Manipur in tribute to freedom fighters of the state. Singh added that the importance of Manipur in Indian freedom struggle history cannot be ignored.

The first tricolour flag of India was first flown on the soil of Manipur when the INA hoisted the flag at Moirang in present Bishnupur district.