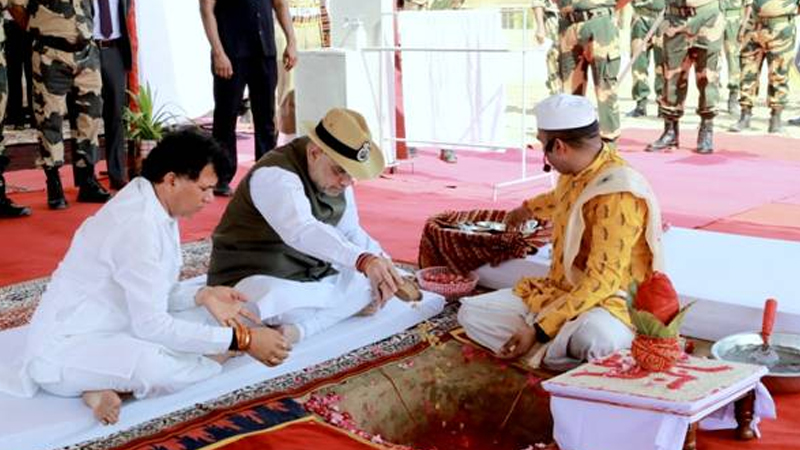 Union Home and Cooperation Minister Shri Amit Shah, on the second day of his visit to Rajasthan, laid the foundation stone and performed Bhoomi Pujan of the Shri Tanot Mandir Complex Project in Jaisalmer today under Border Tourism Development Programme.

Shri Amit Shah paid homage on behalf of a grateful Nation by paying homage at the ‘Tanot Vijay Stambh’, to the brave soldiers who laid down their lives for the security of our borders. 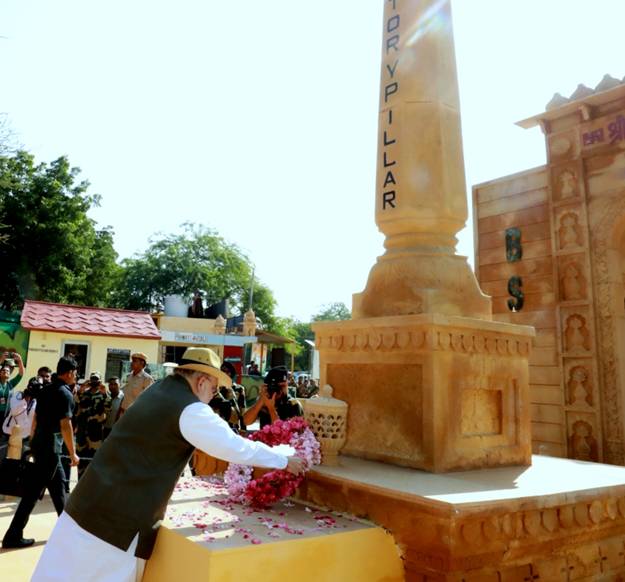 Under the leadership of Prime Minister, Shri Narendra Modi, development is reaching our border areas for the first time and as a result of the visionary initiative of border tourism, not only is the standard of living of people living in border areas rising, but also migration is stopping from the areas, which in turn in is resulting in strengthening of security in the area. In this direction, the Union Home Minister laid the foundation stone of Rs.17.67 crore Shri Tanot Mandir Complex project under the Border Tourism Development Programme in Jaisalmer, so that youth visiting Shri Tanot Mata Temple will know about the valour and bravery of our soldiers. 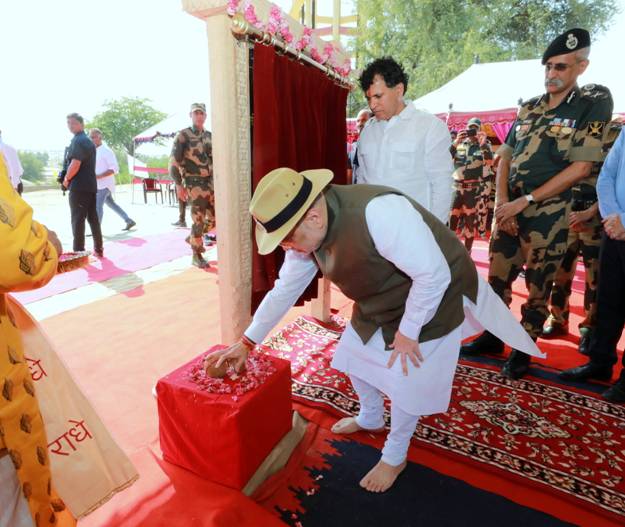 Under this project, a waiting room, amphitheater, interpretation center, room for children and several other facilities will be developed to promote tourism. 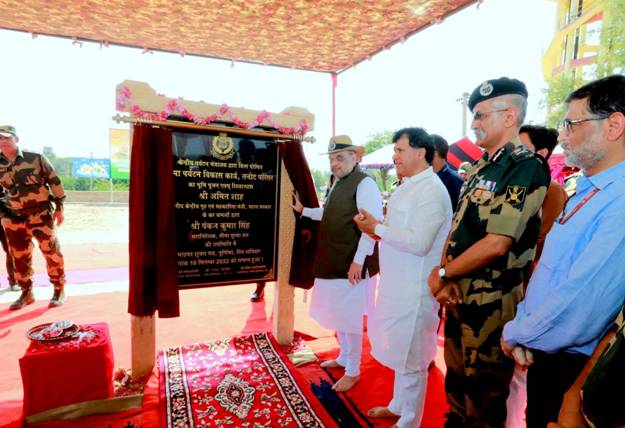 Shri Amit Shah visited Tanot Mata and prayed for the happiness, peace and prosperity of the Nation and countrymen. 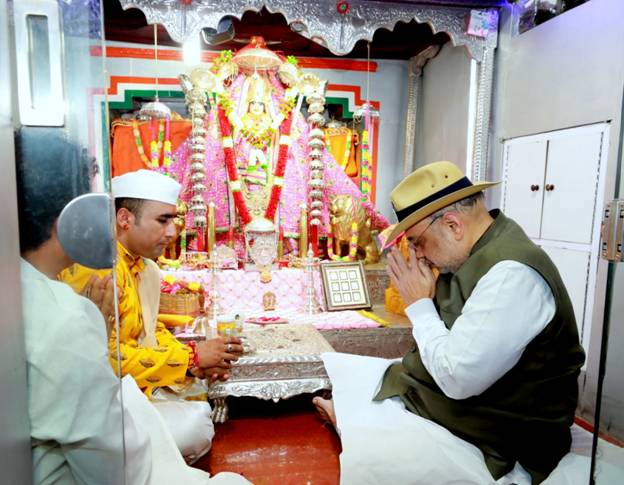 The historical Shri Mateshwari Tanot Rai Temple of Jaisalmer has a wonderful history and it is believed that Tanot Maa gives strength to soldiers to fight against enemies and protects the country in war. In the 1965 Indo-Pakistan War, many bomb shells were dropped by Pakistan on the Shri Tanot Rai Mata temple complex, but none of the shells detonated by the miracle of Tanot Mata. Since 1965, the Border Security Force looking after this temple. The Border Security Force operates the temple through a trust and every morning and evening Mata ki Aarti and Bhajan Sandhya are organized in which thousands of devotees from different parts of the country take part.It is a known fact from history, that during the Battle of Longewala during the1971 Indo-Pakistan War, brave soldiers of the Border Security Force played an important and decisive role at Longewala Post.

It is to be recalled that the Union Home Minister had also visited the Forward Post on the Indo-Pakistan border in Jaisalmer on December 04, 2021, and interacted with BSF Jawans, while gettingfirsthand information about activities there.