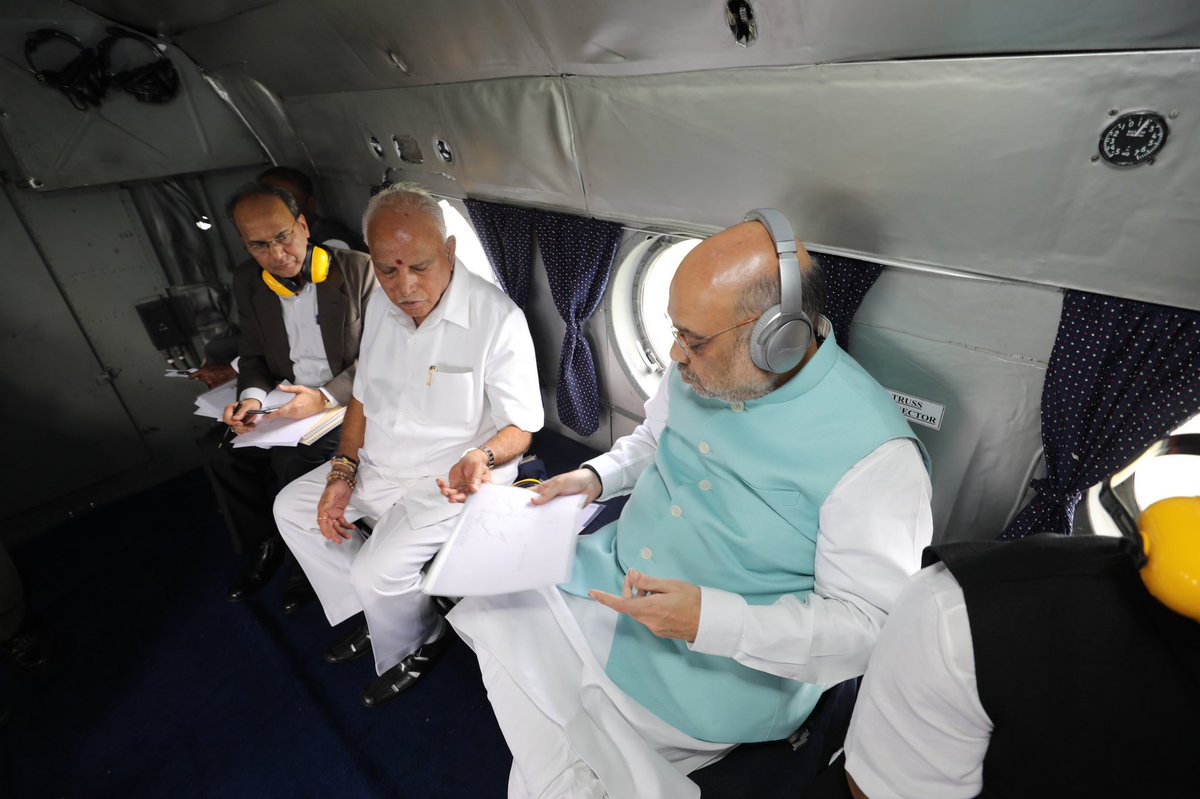 Thereafter, the Home Minister held a meeting at the Belagavi Aiport to review the flood situation in the Karnataka State. A presentation was made by the state government officers depicting the extent of damage and the rescue measures taken, including the NDRF teams deployed.

Shri Shah also enquired about the further forecast and was informed that further rain was not expected in that area and adjoining areas of Maharashtra in the next 2-3 days and the situation is likely to improve.