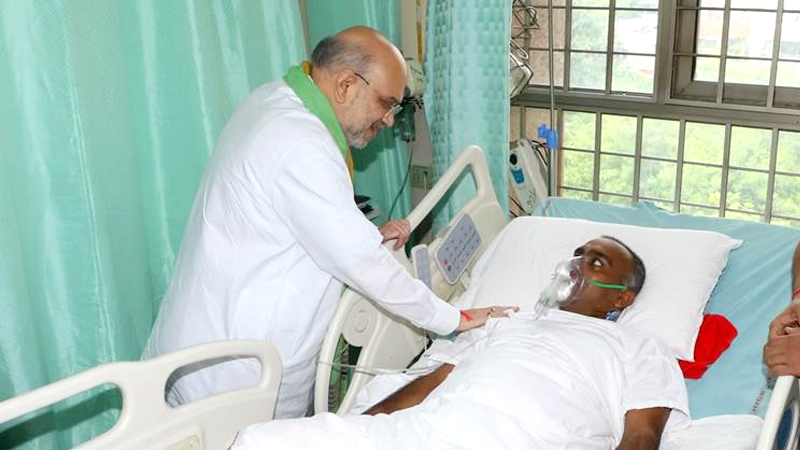 Union Home and Cooperation Minister Shri Amit Shah visited the AIIMS Trauma Center in New Delhi today to inquire about the health of the brave ITBP personnel who were injured in the bus accident in Pahalgam, Jammu and Kashmir. On August 16 seven Jawans were killed and 32 others were injured in a tragic bus accident near Pahalgam in Jammu and Kashmir. The Indo-Tibetan Border Police (ITBP) personnel traveling in the bus were returning from Chandanwadi after successfully performing their duties for the Amarnath Yatra. The injured Jawans were taken to Srinagar for treatment on the same day. 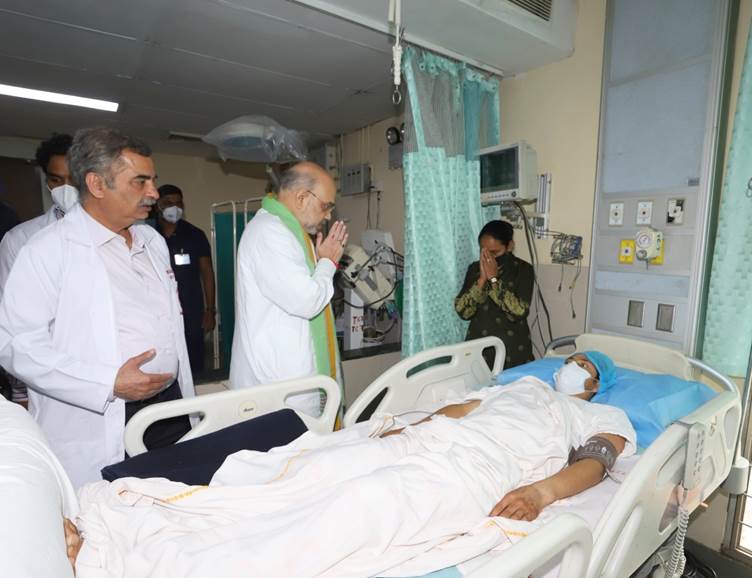