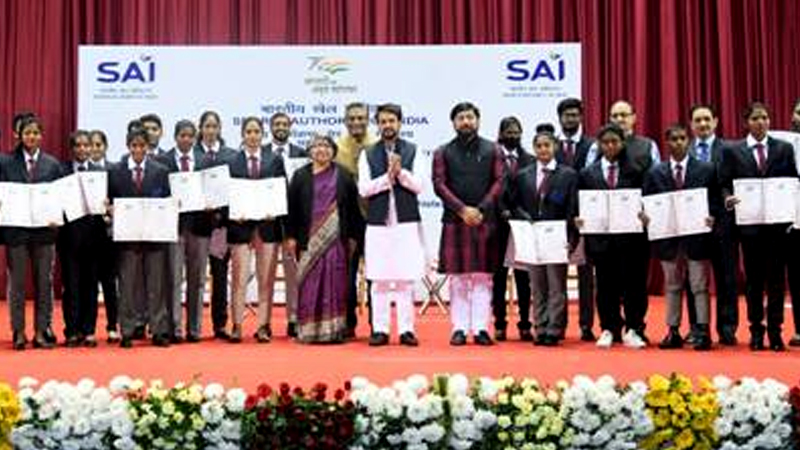 Union Minister of Youth Affairs & Sports Shri Anurag Thakur conferred the first ever SAI Institutional Awards to 246 athletes and coaches today in New Delhi in the presence of Minister of State for Youth Affairs and Sports Shri NisithPramanik. Secretary of Department of Sports Smt. Sujata Chaturvedi, DG SAI Shri Sandip Pradhan and other officials of Ministry were also present on this occasion.

A total of 162 athletes and 84 coaches have been conferred awards in the Outstanding Award and Best Award category for their performance in national and international competitions, with cash awards amounting to a total of Rs 85.02 Lakhs during the ceremony at the Jawaharlal Nehru Stadium here. The awards acknowledge the exceptional performance of the SAI athletes and coaches under the various sports promotion schemes at the national and international level from 2016. The awards thus have been granted to the deserving candidates for the years of 2016-17, 2017-18, 2018-19 and 2019-20. 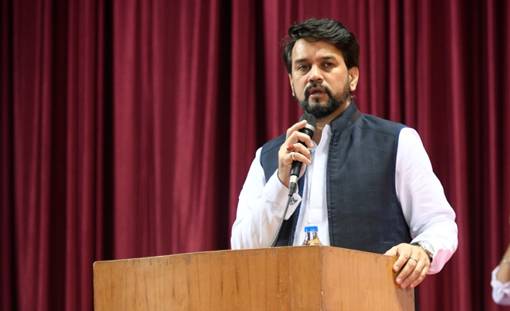 Praising the award winners, Shri Anurag Thakur said, “I heartily congratulate all athletes and coaches who have been awarded today. Sports is very close to the heart of our PM Shri Narendra Modi ji and taking his vision forward, a host of facilities are being extended to athletes. Every athlete is an inspiration for his generation.” 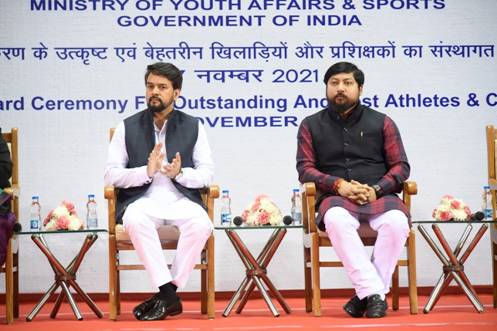 Minister of State Shri Pramanik said that it’s a momentous occasion to see the awards given out in the year of Azadi ka Amrit Mahotsav. I wish all the success to the champions. These awards are a way of assuring our athletes and coaches that the Sports Authority of India is always there  to support them.

The awardees have also been given a special tailor-made blazer along with a citation.