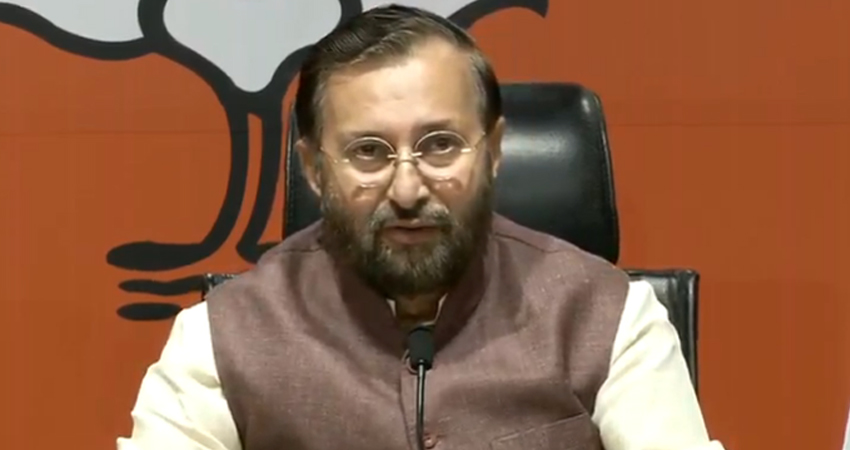 Union Minister Shri Prakash Javadekar said Congress Party and Rahul Gandhi have embarrassed the country with their antics. The way Congress leader Rahul Gandhi has made fact less and non-serious remarks about the situation in Jammu and Kashmir is condemnable and people of the entire nation including Bharatiya Janata Party strongly condemn it.

Shri Javadekar sought an apology from Rahul Gandhi and Congress saying that he had insulted the people of India.

He further said that “Rahul Gandhi has made a complete U-turn, not due to his own will but due to circumstances and public pressure,”.

The Congress leader’s allegations about violence in Kashmir were wrong, he said, adding it was made because of that party’s “vote bank” politics.