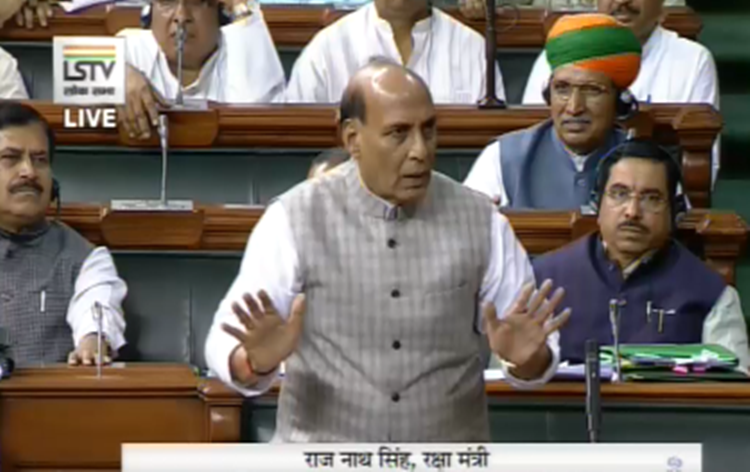 Defence Minister Shri Rajnath Singh today said there is no question of third party mediation on Kashmir issue as it is against the Shimla agreement.

Giving a statement in the Lok Sabha during Zero Hour, Shri Singh said External Affairs Minister Shri S Jaishankar has already clarified in the House that the Kashmir issue did not figure during Prime Minister Shri Narendra Modi’s meet with US President Donald Trump in Osaka last month.

He said during the meeting of both the leaders, External Affairs Minister Shri S. Jaishankar was also present. Mr Singh also said whenever there will be talks with Pakistan, not only Kashmir but Pakistan occupied Kashmir will also figure. He said accepting third party mediation on Kashmir issue is against national pride.
Congress-led opposition including DMK and TMC staged a walkout before the Defence Minister’s statement.