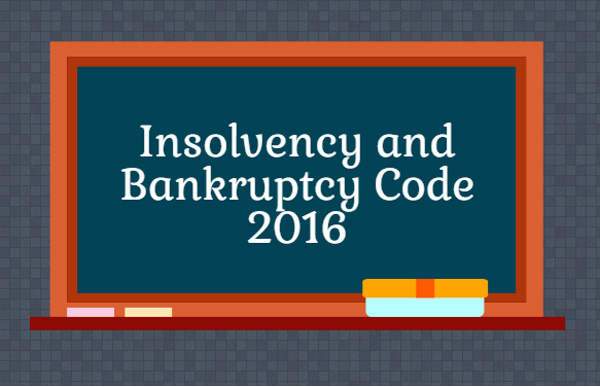 Ordinance to amend the Insolvency and Bankruptcy Code, 2016 promulgated

The Ordinance aims at putting in place safeguards to prevent unscrupulous, undesirable persons from misusing or vitiating the provisions of the Code. The amendments aim to keep-out such persons who have wilfully defaulted, are associated with non-performing assets, or are habitually non-compliant and, therefore, are likely to be a risk to successful resolution of insolvency of a company. In addition to putting in place restrictions for such persons to participate in the resolution or liquidation process, the Amendment also provides such check by specifying that the Committee of Creditors ensure the viability and feasibility of the resolution plan before approving it. The Insolvency and Bankruptcy Board of India (IBBI) has also been given additional powers.

It may be recalled that the Regulations by the IBBI were also amended recently to ensure that information on the antecedent of the applicant submitting the Resolution Plan along with information on the preferential, undervalued or fraudulent transactions are placed before the Committee of Creditors in order for it to take an informed decision on the matter.
Along with other steps towards improving compliances, actions against defaulting companies to prevent misuse of corporate structures for diversion of funds, reforms in the banking sector, weeding-out of unscrupulous elements from the resolution process is part of ongoing reforms initiated by the Government. These would help strengthen the formal economy and encourage honest businesses and budding entrepreneurs to work in a trustworthy, predictable regulatory environment.
The Ordinance amends Sections 2, 5, 25, 30, 35 and 240 of the Code, and inserts new Sections 29A and 235A in the Code.

Gist of the amendments is given below:

(i) Clause (e) of Section 2 of the Code has been substituted with three Clauses. This would facilitate the commencement of Part III of the Code relating to individuals and partnership firms in phases.

(ii) Clause (25) and (26) of Section 5 of the Code which define “Resolution Plan” and “Resolution Applicant” are amended to provide clarity.

(iii) Section 25(2)(h) of the Code is amended to enable the Resolution Professional, with the approval of the Committee of Creditors (CoC), to specify eligibility conditions while inviting Resolution Plans from prospective Resolution Applicants keeping in view the scale and complexity of operations of business of the Corporate Debtor to avoid frivolous applicants.

(iv) Section 29A is a new Section that makes certain persons ineligible to be a Resolution Applicant. Those being made ineligible inter alia include:

• Those who have their accounts classified as Non-Performing Assets (NPAs) for one year or more and are unable to settle their overdue amounts include interest thereon and charges relating to the account before submission of the Resolution Plan,

• Those who have executed an enforceable guarantee in favour of a creditor, in respect of a Corporate Debtor undergoing a Corporate Insolvency Resolution Process or Liquidation Process under the Code

(v) It has also been specifically provided that CoC shall reject a Resolution Plan, which is submitted before the commencement of the Ordinance but is yet to be approved, and where the Resolution Applicant is not eligible as per the new Section 29A. In such cases, on account of the rejection, where there is no other plan available with the CoC, it may invite fresh resolution plans.

(vi) Section 30(4) is amended to explicitly obligate the CoC to consider feasibility and viability of the Resolution Plan in addition to such conditions as may be specified by IBBI, before according its approval.

(vii) The Sale of Property to a person who is ineligible to be a Resolution Applicant under Section 29A has been barred through the amendment in Section 35(1)(f).

(viii) In order to ensure that the provisions of the Code and the Rules and Regulations prescribed thereunder are enforced effectively, the new Section 235A provides for punishment for contravention of the provisions where no specific penalty or punishment is provided. The punishment is fine which shall not be less than one lakh rupees but which may extend to two crore rupees.

(ix) Consequential amendments in Section 240 of the Code, which provides for power to make Regulations by IBBI, have been made for regulating making powers under Section 25(2)(h) and 30(4).