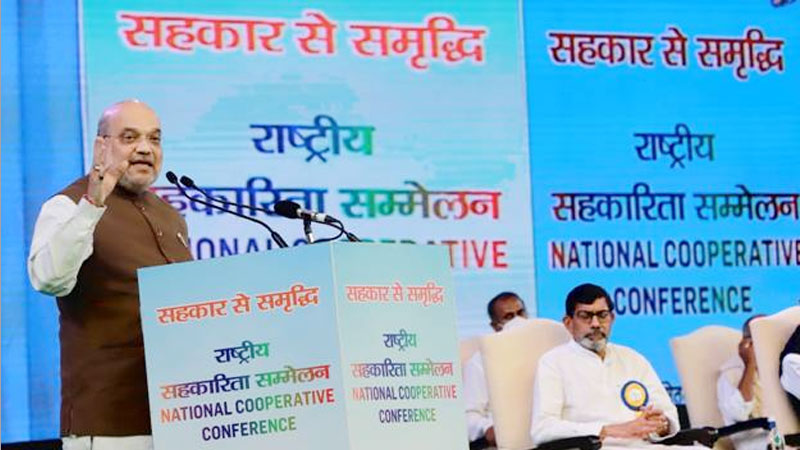 Shri Amit Shah said that the vision of welfare of the poor and Antyodaya cannot happen without cooperatives and whenever there was talk of development in the country earlier, Pandit Deendayal Upadhyay first talked about Antyodaya and today his birthday is the day to receive inspiration for lakhs and crores of workers.
Shri Amit Shah said that after 75 years of Independence and at a time when the cooperative movement was most needed, the Prime Minister, Shri Narendra Modi, created the Ministry of Cooperation. He thanked the Prime Minister on behalf of crores of people of the cooperative sector across the nation for forming the Ministry of cooperation. He said it is a matter of pride for him to be the country’s first Cooperation minister.

–Welfare of the poor and Antyodaya cannot be imagined without cooperation

–The path of development of crores of farmers, deprived, Backward, Dalits, poor, neglected and women can only take place through cooperation

–PM Shri Narendra Modi has given the mantra, “Sahakar se Samridhi”, and he has set a goal of a US $ five trillion economy, the cooperative sector will also contributeto fulfill this goal