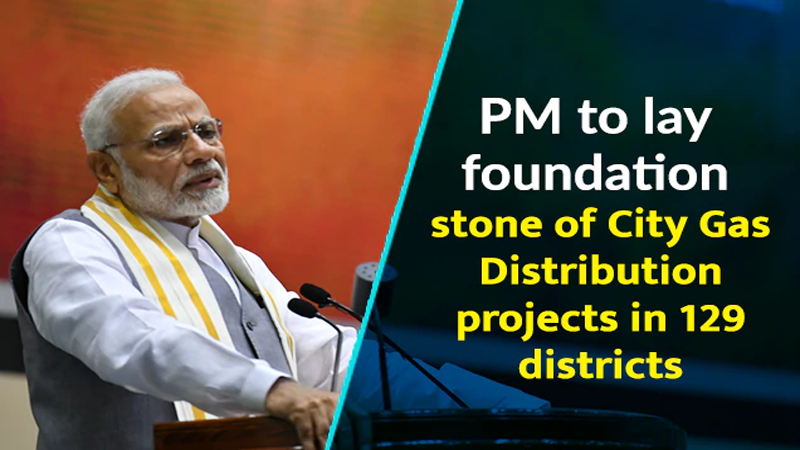 During the event, Hon’ble PM also launched 10th CGD Bidding Round in 50 GAs spread over 124 districts in 14 states.
Speaking on the occasion, the Minister of Petroleum and Natural Gas & Skill Development and Entrepreneurship Shri Dharmendra Pradhan said that the Government is working to move towards the gas-based economy. Presently the share of gas in the country’s energy mix is just over 6% and the aim is to reach the 15% figure, while the world average is 24%.

He said the Prime Minister has assured the world that India will take initiative to bring down its carbon emission level, and a number of initiatives have been taken in this direction like LED bulbs, BS VI fuel, Bio-energy, International Solar Alliance, Pradhan Mantri Ujjawala Yojana, and providing clean piped gas supply to more cities is also a step in this direction.

The Minister also mentioned about enhancing the LNG terminal capacity, renegotiating Indo-Qatar Gas deal, and positive Indo-US engagement in this direction. He said that efforts are not only being made to increase the use and supply of Gas, but also to produce gas through agro-wastes and other products and including the same into the CGD network.