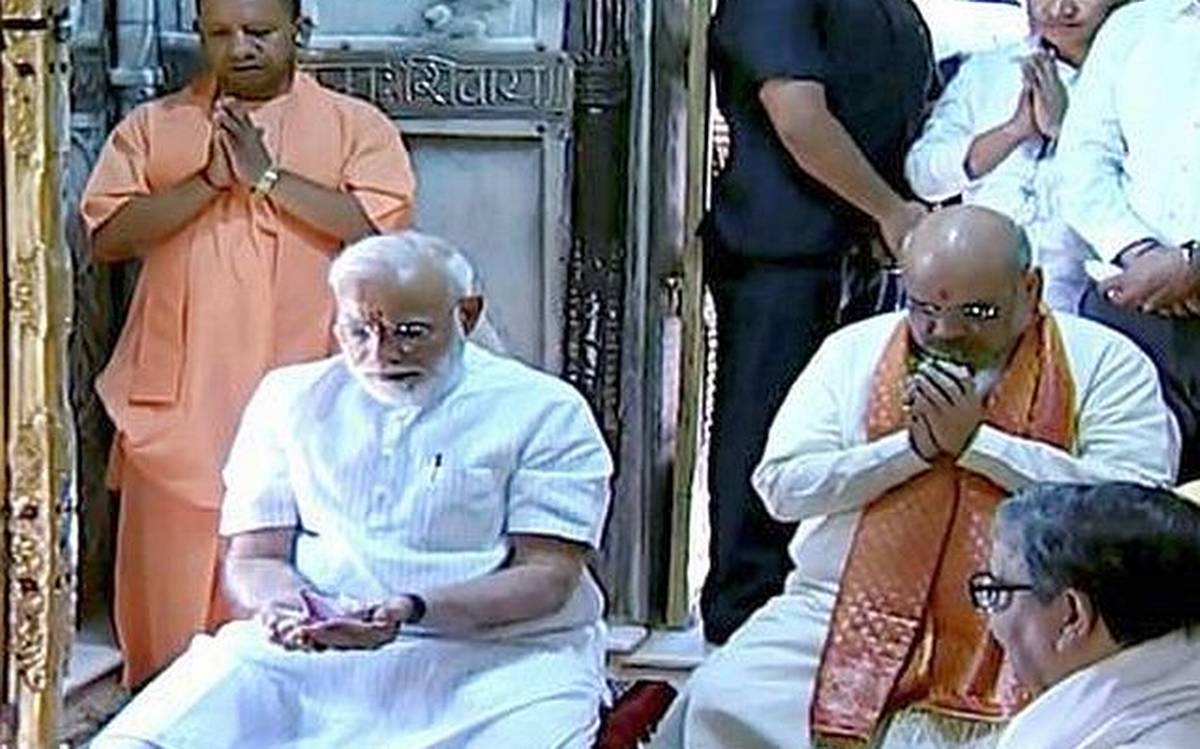 Prime Minister Shri Narendra Modi has said that the country is moving on the path of development and economic growth has accelerated in the recent past.

Addressing the BJP cadres at the Pandit Deen Dayal Hastkala complex in Varanasi, Shri Modi said India started the journey as the world’s 11th largest economy and today, it is at the sixth position.

He added that India is about to reach the fifth position but the aim is to become the third largest economic power and the government is working towards it.

The Prime Minister stressed on synergy’ between government and party and said work and workers create wonders. He said, there is no alternative to transparency and hard work.

Shri Modi said, the nation might have elected him as the Prime Minister but for people, he will remain a worker. He also advised the party workers that there had been a lot of talk about rights, but now it was time to fulfill their duties and if this is focused upon, no one’s rights will be abused.

Calling the victories which the BJP got in 2014 and 2019 Lok Sabha elections and 2017 Uttar Pradesh assembly election a hat -trick Mr. Modi said these three elections proved the calculations of political pundits incorrect.

In the morning Prime Minister Shri Narendra Modi offered prayers at the Kashi Vishwanath temple, four days after he steered the BJP to power in New Delhi with a resounding victory of 303 seats in the Lok Sabha. He was received at the airport by Uttar Pradesh Chief Minister Shri Yogi Adityanath and Governor Shri Ram Naik.