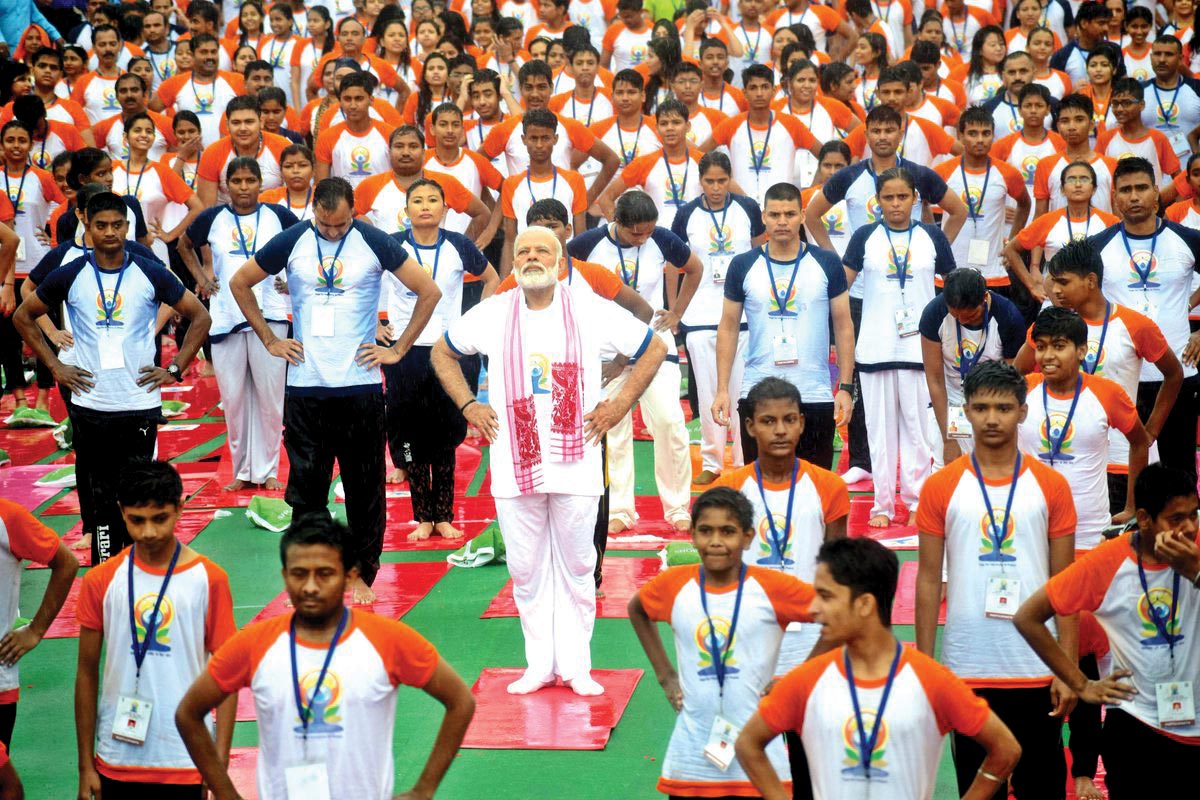 On the occasion of International Day of Yoga – 2017, the Prime Minister today participated in a mass Yoga demonstration event in Lucknow.
Thousands of people gathered for the event at the Ramabai Ambedkar Maidan despite continuous rain in the city.

Addressing the enthusiastic and vociferous gathering, the Prime Minister conveyed his greetings from Lucknow to all those joining the Yoga Day celebrations across India.

He said that today, Yoga has become a part of many people’s lives. He said Yoga’s popularity is high even outside India; and Yoga has connected the world with India.

Earlier, welcoming the Prime Minister to Lucknow, the Chief Minister of Uttar Pradesh, Yogi Adityanath, said that Yoga is a part of our tradition and it integrates us.