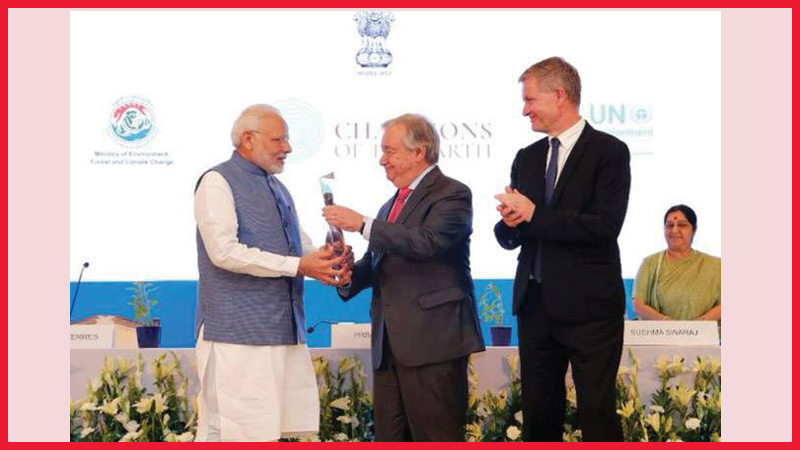 Speaking at the event, PM Shri Modi said, “It is an honour for Indians. Indians are committed to save the environment.”

PM and French President Emmanuel Macron were jointly awarded the UN’s highest environmental honour, the UNEP Champions of the Earth award, for their pioneering work in championing the International Solar Alliance and promoting new areas of cooperation on environmental action.