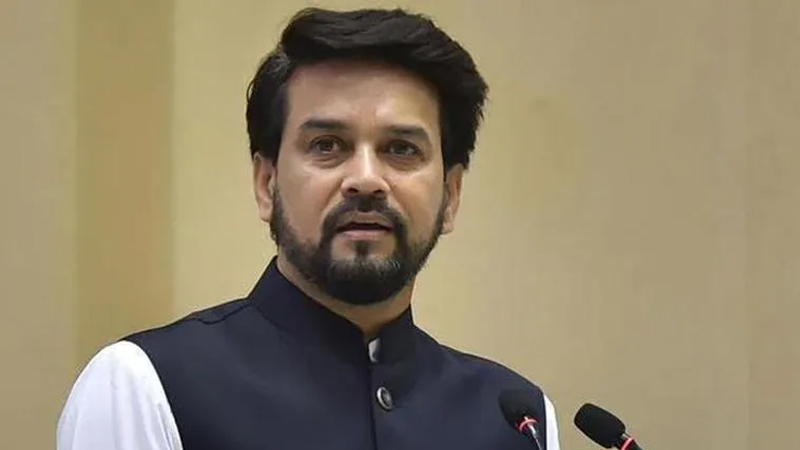 The sight of our Prime Minister offering churma to Neeraj Chopra, ice cream to P V Sindhu, laughing with Bajrang Punia, telling Ravi Dahiya to laugh more and hearing the experiences of Mirabai Chanu brought a smile to every Indian’s face. What was equally encouraging was that he spent time with every athlete who took part in Tokyo Olympics. The next day, he interacted with the Paralympic contingent, discussing their inspiring life journeys.

These gestures indicate a different side to Narendra Modi — a person who is passionate about sports and willing to go the extra mile for India’s athletes. Before the Tokyo Games began, PM Modi held an extensive review meeting to take stock of our preparedness.

Those who have seen PM Modi closely can vouch for the passion he has towards supporting a culture of sports and games among the youth. As CM of Gujarat, he began the Khel Mahakumbh initiative, which boosted grassroots level sports participation in a state that is not historically known for sporting excellence. There is also a method in how he has supported sports and sportspersons, which would make me to argue that he is India’s first and foremost “Sportsperson’s Prime Minister”.

A few days ago, a 2013 video went viral. In that video, Modi was addressing a group of college students in Pune, where he lamented that India has a large and talented population as well as a history of sporting excellence, but in Olympics after Olympics, we have struggled to raise our medal count. He said that there is no reason a nation like ours should remain deprived of Olympic success. But, according to him, the issue was not the players but our inability to create the right supporting atmosphere. The women’s and men’s hockey teams have gone on record saying that the PM’s phone calls after their defeats played a key role in boosting their morale. In 2019, when Neeraj Chopra suffered an injury, PM Modi wished him a speedy recovery, which was widely appreciated.

When it comes to sports, the PM has understood the root of the problem — that sports generate much interest but when it comes to incentives and participation, there is a wide gap. There was both fact and optimism when he remarked after meeting the Olympic winners — “seeing the recent successes in sports, I am confident there will be a shift in parental attitude towards sports.” When parents see India’s medal count rising, one hopes they will be more open to their children pursuing sports. But, more importantly, when they see all arms of the government, and the corporate sector support our players, they will realise that sports makes for an attractive and honourable career.

Amongst the various ways we can enhance India’s sporting success is by looking at encouraging our states towards a “One State, One Sport” outlook: They can prioritise one game or promote a few (while not ignoring others) based on the available talent pool, natural interest, climatic conditions and available infrastructure. This will bring a focussed approach but also allow for optimum utilisation of existing resources in the state.

Further, we must also get on board corporate India to adopt “One Sport, One Corporate”. Across the world, corporates are at the forefront of extending support to budding talent, building leagues, enhancing the fan experience, marketing as well as merchandising to enhance the financial kitty of players. The success of corporates with cricket over the years is a case in point. Additionally, the sponsorship pattern has transitioned from FMCG brands to new FinTech unicorns. This can be a win-win for players, corporates and the game itself.

Another important aspect is to build a grassroots sporting culture. For this, it is imperative to expand the calendar for various games at the local, state and national levels. India needs regional leagues in every sport that will provide an opportunity for young athletes to hone their skills throughout the year at various levels, as well as enhance the sports ecosystem and infrastructure in the country. I also believe our university system can be transformed into an oasis for Olympic excellence.

These measures will fill the gap between interest and participation going forward.

One of the things that has helped Indian sports is the emphasis on quality and global standards. The conventional route was bureaucratic and tiresome; this has changed in the Modi government, where even the PM prefers to receive feedback directly from the players. While meeting the Tokyo 2020 contingent, he asked them to keep sharing their views on ways to strengthen sporting infrastructure. Be it Mirabai or Mary Kom, the PM has personally ensured they got the best treatment for their injuries.

Another issue impacting Indian sports is (ironically) the rise of modern technology. PM Modi has addressed this in his book, Exam Warriors and in Pariksha Pe Charcha townhall programmes. He talked about giving as much importance to the playing field as to the play station. Modi has not dismissed the advent of modern technology. He has sought a healthy balance where the human element of sports — teamwork, togetherness — is maintained. Further, the National Education Policy also consists of mechanisms that will make sports education an attractive option. In the years to come, Manipur will get India’s first sports university, which will be a boon to athletes and harness the rich sporting legacy in the Northeast.

Tokyo 2020 was an Olympics of many firsts for India. We won our first gold in athletics, the hockey team did wonders and there were successes in other sports such as discus throw, golf, fencing, etc. The Target Olympic Podium Scheme, Khelo India and the Fit India Campaign have laid the foundations for greater success. New India has fire in its belly. Our sportspersons have the full support of the government and the PM in their quest for sporting excellence.

(The writer is Union Minister for I&B and Youth Affairs & Sports.)