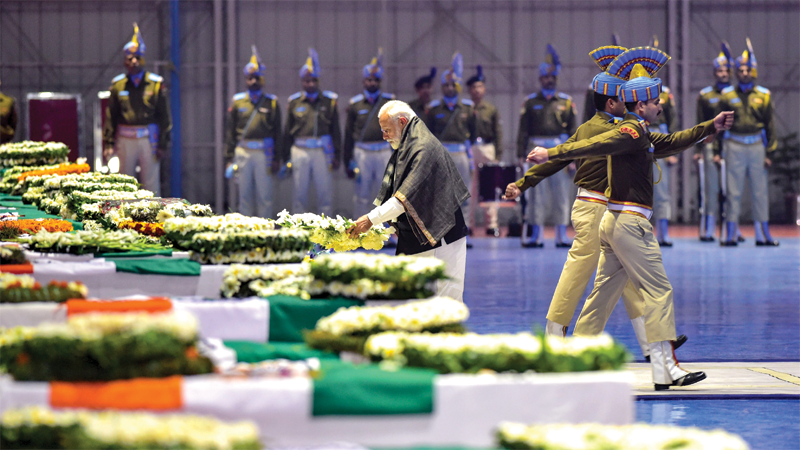 Terror attack at Awantipora in Pulwama, Jammu and Kashmir

Around 40 CRPF jawans were killed and dozens injured in a dastardly terror attack in Jammu and Kashmir’s Awantipora in Pulwama district on 14 February, 2019. Terror group Jaish-e-Mohammed has taken the responsibility of the attack. IED blast was followed by gunshots in Goripora area of Awantipora. The incident took place when some 2,547 CRPF personnel were coming in a convoy of 78 vehicles from the transit camp in Jammu and headed to Srinagar. Police sources said a suicide attacker rammed his vehicle packed with 300kg of explosives, around 3.15 pm.

After the attack Prime Minister Shri Narendra Modi strongly condemned the cowardly act of Pak sponsored terrorists. He said that perpetrators of Pulwama terror attack will be punished. He warned the perpetrators and those aiding and abetting terrorists that they have made a big mistake and will have to pay a heavy price. He said free hand has been given to the security forces to act. The PM dared Pakistan not to live in illusion that it can destabilize India.

He said, “Attack on CRPF personnel in Pulwama is despicable. I strongly condemn this dastardly attack. The sacrifices of our brave security personnel shall not go in vain. The entire nation stands shoulder to shoulder with the families of the brave martyrs.”

Shri Modi expressed heartfelt condolences to the families who have lost their near and dear ones in this hour of grief. He said the Jawans had laid down their lives for the country. He added, “I know there is deep anger, your blood boils looking at what has happened. At this moment, there are expectations and the feelings of a strong response which is quite natural.”

He added, “We have given full freedom to the security forces. We have full faith in the bravery and velour of our security forces. I am hopeful that the patriotic fervour will ensure that people will provide correct information to our agencies so that we can intensify our efforts to crush terror.” 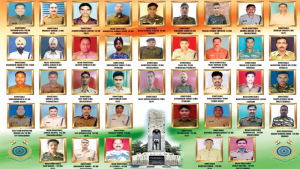 The PM said, “I want to tell the terror outfits and those aiding and abetting them that they have made a big mistake. They will have to pay a very heavy price for their actions. Let me assure the nation that those behind this attack, the perpetrators of this attack will be punished.”

He said, “Our neighbor which is already isolated by the global community is in a state of illusion, if it thinks that it can demoralize India with its dastardly acts and nefarious designs. Let me state categorically that the neighbor of ours which is in a state of economic despair should stop day dreaming to destabilize India”.

In a statement the MEA calls international community to list JeM’s Masood Azhar as designated terrorist. The statement said, Government of India condemns in strongest possible terms the cowardly terrorist attack on our brave security forces in Pulwama, J&K. This heinous act has been perpetrated by Jaish-e-Mohammed, a Pakistan-based & supported terrorist organisation proscribed by the UN & other countries.

This terror group is led by international terrorist Masood Azhar, who has been given full freedom by Government of Pakistan to operate and expand his terror infrastructure in territories under the control of Pakistan & to carry out attacks in India and elsewhere with impunity.

We reiterate our appeal to members of international community to support proposal to list terrorists, including JeM Chief, as a designated terrorist under 1267 Sanctions Committee of UN Security Council & ban terror organizations operating from territories controlled by Pakistan, the statement said.

Pained beyond the words: Amit Shah

“Pained beyond words by the terror attack on our soldiers in Pulwama (J&K). It is an act of cowardice. My deepest condolences are with the families of our soldiers who have lost their lives. Our forces will remain firm against such acts of terror and defeat them” said BJP National President Shri Amit Shah in a twitter message. He said, “The horrific attack in Pulwama has saddened the entire nation. We strongly condemn the barbaric mentality that speeds such kind of hate and violence. PM @narendramodi assured the nation that the sacrifices of our martyrs shall not go in vain.”

A strong reply will be given: Rajnath Singh 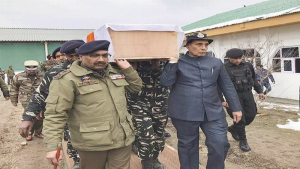 ‘The attack was carried out by Pakistan backed Jaish-e-Mohammed. A strong reply will be given and I assure the people of the country that the brave jawan’s sacrifice will not go in vain. The country pays tribute to the brave jawans who were martyred’.


“Immediately end” its “support” to all terror groups and not to provide “safe haven” to them: US

In a stern message to Pakistan, the White House has asked Islamabad to “immediately end” its “support” to all terror groups and not to provide “safe haven” to them.

“The US calls on Pakistan to end immediately the support and safe haven provided to all terrorist groups operating on its soil, whose only goal is to sow chaos, violence, and terror in the region,” White House Press Secretary Sarah Sanders said in a statement. “This attack only strengthens our resolve to bolster counterterrorism cooperation and coordination between the US and India,” she said in the statement issued by the White House.

Condemning the attack, Russian President Vladimir Putin said perpetrators and sponsors of the attack should be brought to book and reiterated his country’s support for further strengthening counterterrorist cooperation with India. In a message to President Shri Ram Nath Kovind and Prime Minister Shri Narendra Modi, Putin said, “Please accept the most sincere condolences in connection with the loss of Indian law enforcement officers in the terrorist act in the state of Jammu & Kashmir. We strongly condemn this brutal crime. The perpetrators and sponsors of this attack, undoubtedly, should be duly punished.

Our thoughts are with the Indian people: Scott Morrison

Australian political leaders also condemned the “heinous” terror attack. Prime Minister of Australia Scott Morrison tweeted, “We convey our deepest condolences to the families of the victims, and all those injured. Our thoughts are with my friend Prime Minister @narendramodi and the Indian people.”

Australian Opposition leader Bill Shorten said it was an atrocious attack. “To the family and friends of the soldiers killed and injured — we send our deepest condolences, support, and hope for a timely recovery for the injured,” he said in a statement.

The world must condemn such brutal terrorist attacks: Maithripala Sirisena

Bangladesh stands by the people and government of India: Sheikh Hasina

Bangladesh Prime Minister Sheikh Hasina said, “At this sad moment, we stand by the people and government of India. We offer was condolences to the members of the families who lost their dear ones. Our thoughts and prayers are speedy recovery of those who got injured.”

“Bangladesh remains steadfast in its commitment against terrorism of all forms and maintains a zero-tolerance policy against any kind of terrorist activities. We would continue to work and cooperate with international community including India to eradicate menace of terrorism,” Hasina added.

Strongly condemn the suicide terrorist attack on the convoy carrying Indian security forces in Jammu and Kashmir. I extend my prayers and condolences to the bereaved families of the dead and injured: Maldives Foreign Minister Abdulla Shahid

We stood with India’s fight against terrorism: Saudi Arabia

Saudi Arabia said it stood with India’s fight against terrorism and extremism and denounced as “cowardly” the suicide attack.

In less than 100 hours of attack top JeM leadership of J&K eliminated: Army

The Indian Army said that all the top leadership of the Jaish-e-Muhammad (JeM) outfit have been eliminated by security forces in the Kashmir Valley within 100 hours of the terror attack in which 40 CRPF troopers were killed.

Addressing a joint press conference with the state police and the Central Reserve Police Force at the Badamibagh Cantonment Headquarters of army’s 15 corps, Lieutenant General, K.J.S. Dhillion, commander of the Chinar Corps said, “In less than 100 hours of the terror attack in Pulwama we have eliminated the top leadership of the JeM that was being directly handled by the Inter-Services Intelligence (ISI) and the Pakistan Army.

“We were tracking the top JeM cadres ever since February 14. The Pulwama terror attack was coordinated by the JeM cadres in Pakistan and the Pakistan Army,” he said. They killed three militants of the Pakistan-backed JeM, two of them Pakistani nationals identified as Kamran and Abdul Rashid alias Ghazi Umar. Besides, a Major, three soldiers and a civilian were also killed in the initial burst of gunfire by the militants.

In a strong show of international solidarity and support for India, the UN Security Council comprising 15 nations, including China condemned in the “strongest terms” the “heinous and cowardly” terror attack perpetrated by Pakistan-based Jaish-e-Mohammed in Pulwama and stressed on the need to hold organizers and financiers of such “reprehensible acts” accountable and bring them to justice.

Significantly, the press statement, issued by the most powerful UN body, names the Pakistan-based terror group headed by Masood Azhar. The UNSC, which includes China as a veto-wielding permanent member that in the past has blocked India’s bids in the Security Council Sanctions committee to designate Azhar as a global terrorist, also called on the global community to “cooperate actively” with the Indian government in holding the organisers and sponsors of such attacks accountable.
“The members of the Security Council condemned in the strongest terms the heinous and cowardly suicide bombing in Jammu and Kashmir, which resulted in over 40 Indian paramilitary forces dead and dozens wounded on February 14, 2019, for which Jaish-e-Mohammed has claimed responsibility,” the UNSC press statement on the ‘Suicide Bombing in Jammu and Kashmir’ said.

“The members of the Security Council underlined the need to hold perpetrators, organisers, financiers and sponsors of these reprehensible acts of terrorism accountable and bring them to justice, and urged all States, in accordance with their obligations under international law and relevant Security Council resolutions, to cooperate actively with the Government of India and all other relevant authorities in this regard,” it said.

India decided to stop our share of water to flow to Pakistan: Nitin Gadkari

Under the leadership of Hon’ble PM Sri @narendramodi ji, our Government has decided to stop our share of water which used to flow to Pakistan. We will divert water from Eastern Rivers and supply it to our people in Jammu and Kashmir and Punjab.

The entire nation stands united in the fight against terror: Ramnath Kovind

Hon’ble President of India Shri Ramnath Kovind strongly condemns the terrorist attack in Pulwama, J&K. Thoughts and prayers with the families of martyrs and wishing an early recovery to those injured. The entire nation stands united in the fight against the forces of terror and evil #PresidentKovind.

Vice-President of India Shri M Venkaiah Naidu said, “Shocked by the dastardly terrorist attack in which CRPF personnel were martyred. My heartfelt condolences to bereaved families and prayers for speedy recovery of the injured”.

Union Minister Shri Arun Jaitley said that the Jaish-e-Mohammed (JeM) terrorists will be taught an unforgettable lesson. “Attack on CRPF in #Pulwama, J&K is a cowardice & condemnable act of terrorists. Nation salutes martyred soldiers and we all stand united with families of martyrs. We pray for speedy recovery of the injured. Terrorists will be given unforgettable lesson for their heinous act”.

Goa CM Shri Manohar Parrikar in a tweet said the attack on CRPF jawans at Pulwama is an act of extreme cowardice & disregard for human life. India’s resolve for peace mustn’t be counted for weakness & passivity. India stands with CRPF, its martyred jawans & their families.

Cowardly terror attack will be avenged in all way possible: Kiren Rijiju