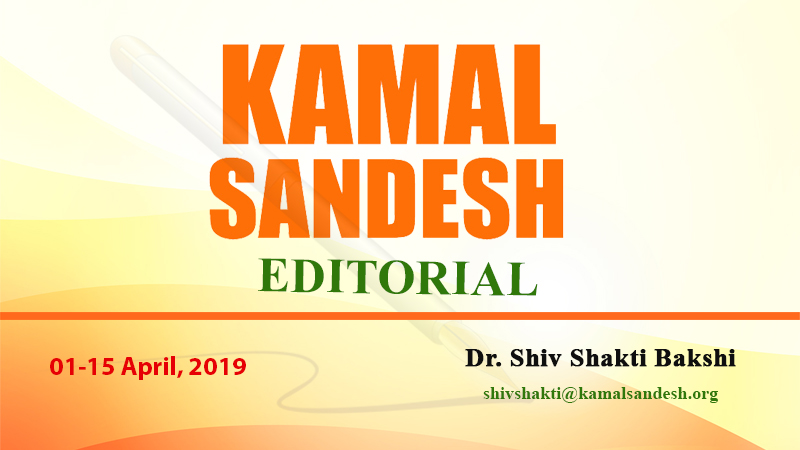 An extremely disturbing trend in politics is seen to be haunting the country. The attempt to politicise and question the valour of our daring soldiers is becoming a fashion with the leaders of Congress and its alliance partners. No self respecting nation will accept such misadventure by its political leaders and allow them to make political points at the cost of national dignity and prestige. Congress is consciously allowing its leaders to question the incredible achievements of our security forces in a most outrageous manner while playing with the morale of the security forces. Can anyone even think of playing politics over the martyrdom of our jawans and remarkable achievements of our security forces? Can anyone even think of speaking the language of Pakistan and openly backing its position on terrorism? If anyone can even think on those lines then it only shows a sick mindset which is rotten to the core. Congress has committed the sins which can neither be forgotten nor be forgiven; it has touched its nadir.

The statement of Sam Pitroda is not only highly condemnable but represents the Congress mindset. To call the dastardly terror attack in Pulwama in which 40 CRPF jawans were martyred as something ‘normal’ shows the sick and shameful mentality of Sam Pitroda, the most trusted advisor of Congress President Rahul Gandhi. In addition to this he has again insulted the security forces by demanding proof of the air strikes and terming it as wrong approach to deal with terrorism. It is now clear why terror attacks were on rise during Congress led UPA rule and why Congress leaders failed to respond to 26/11 Mumbai terror attack. The Congress leadership neither has the courage to respond to terrorism nor does it have the mindset which can fight against terrorism. In fact, today Congress is hijacked by a set of people who believe in rationalising terrorism and even defending it intellectually.

It is very unfortunate to note that under Sonia-Rahul duo Congress and its allies have decided to defend even terrorism, ISI and Pakistan in pursuance to their partisan politics. The derisive remarks of Sam Pitroda against the brave and courageous anti-terror air strikes by Indian security forces can be seen in line with Rahul Gandhi’s demand for answers on questions being raised by Congress leaders. It is the Congress strategy to raise questions on the success of air-strikes and humiliate the security forces. No one can forget the shameful statement of Congress leader Navjot Singh Siddhu who derided the air force by saying whether it conducted strikes to kill terrorists or to uproot the trees. Senior Congress leaders like Kapil Sibal and Digvijay Singh openly demanded proofs of the air strikes while directly questioning the credentials of the air force. People still remember the most unfortunate statement by another Congress leader BK Hariprasad. Another condemnable statement by Samajwadi Party leader Shri Ramgopal Yadav shows how low these people can stoop to further their political interests while indulging in vote bank politics.

The statements by Congress leaders and its allies post Pulwama terror attack and after Balakot air-strikes show that Congress is not only incapable of fighting terrorism but it can even back Pakistan in the hour of crisis. It can go to the extent of acting in contravention to the national interests and to serve its myopic political ends, it can issue statements which can directly and indirectly support even Pakistan. What an irony the nation is witnessing that when the entire world is supporting India’s position, Congress led opposition is working towards bailing out different terror groups, ISI and Pakistan. Congress has shown its incapacity in rising above its partisan politics in national interests. The Congress leadership should immediately apologise to the nation for its misadventure in harming national interests and humiliating the security forces. Rahul Gandhi should apologise without any further delay. In case Congress and its president Rahul Gandhi fail to apologise, the people will teach them a lesson which they will never forget.