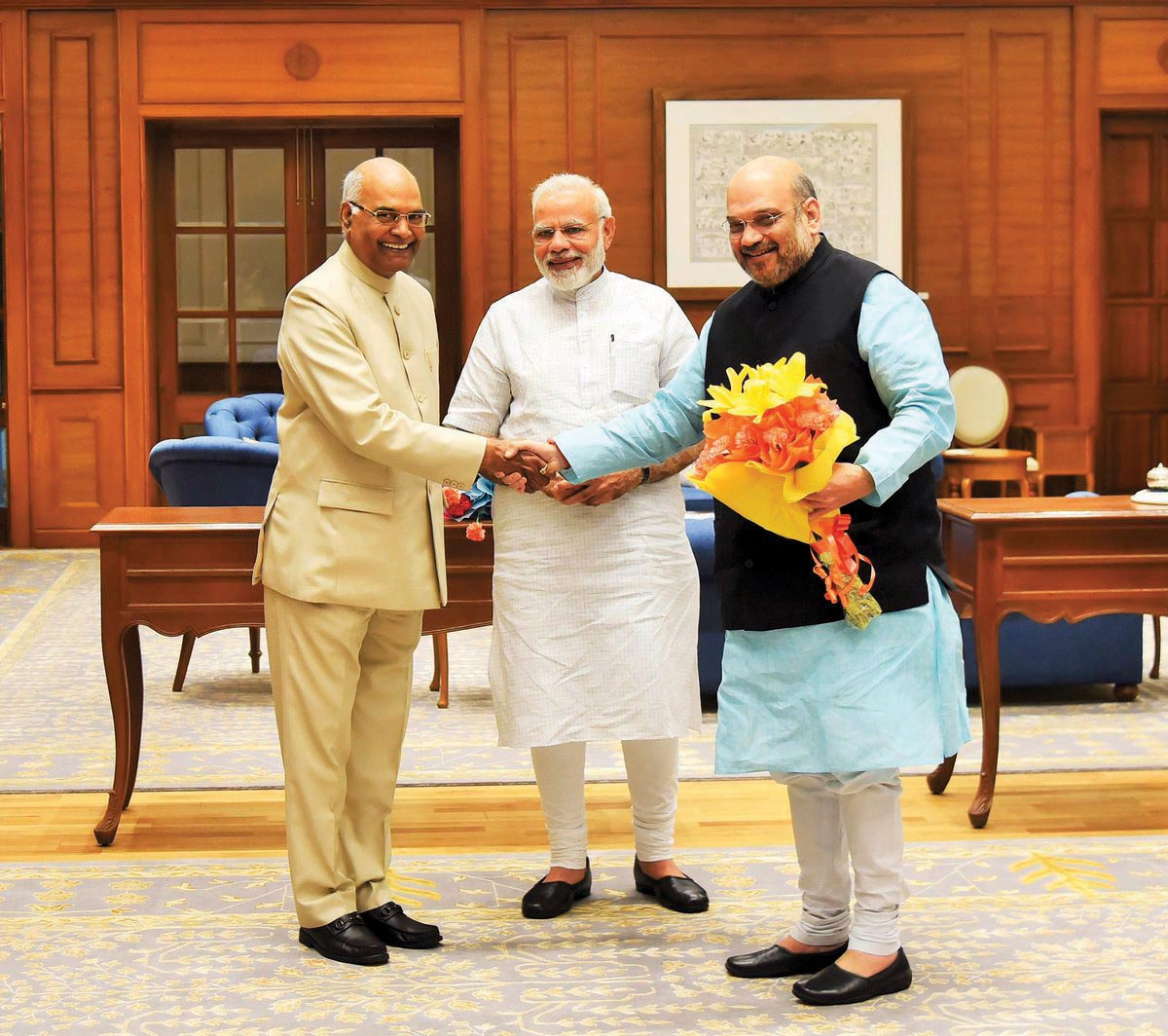 The BJP Parliamentary Board held a meeting on June 19 and decided to proposed the name of Bihar governor Shri Ram Nath Kovind’s name for India’s next President. After consulting with allies of NDA BJP National President Shri Amit Shah in a press conference announced the name of Shri Ramnath Kovind as its candidate for the post of president. 71 years old and a former lawyer was elected two times for Rajya Sabha.

In the party he held responsibility of BJP SC Morcha President and later he became national spokesperson of the party. Shri Kovind was born on 1 October 1945 in Kanpur Dehat district, Uttar Pradesh. His father was a farmer.Shri Kovind holds a Bachelors degree in commerce and a LLB from Kanpur University.

After graduating in law from a Kanpur college, Kovind went to Delhi to prepare for the civil services examination. He passed this exam on his third attempt, but he did not join as he was selected for an allied service instead of IAS and thus started practicing the law. He was Central Government Advocate in the Delhi High Court from 1977 to 1979 and served as a Central Government standing counsel in the Supreme Court from 1980 to 1993. In 1978, he became an advocate-on-record of the Supreme Court of India in 1978.

He practiced in the Delhi High Court and Supreme Court for about 16 years until 1993. He was also enrolled as an advocate in 1971 with the bar council of Delhi. As an advocate he provided free legal aid to weaker sections of society, women and the poor under the Free Legal Aid Society in New Delhi. He also served as the personal assistant of Prime Minister of India Morarji Desai in 1977-1978.