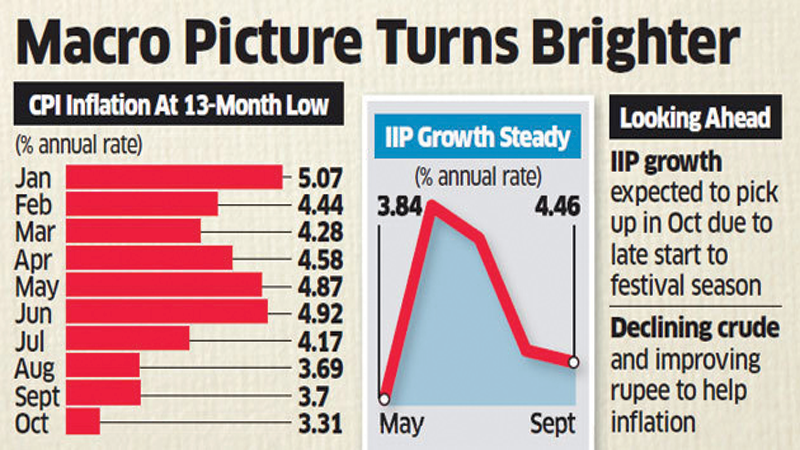 Retail inflation moderated to a 13-month low in October while industrial growth held steady in September, the government said on 13 November, 2018, bringing more festive cheer to the economy following a decline in crude prices.

Retail inflation as measured by the consumer price index (CPI) eased to 3.31% in October from 3.7% in September (revised from the earlier estimate of 3.77%), reducing chances of the Reserve Bank raising interest rates at the next monetary policy review, scheduled for December.