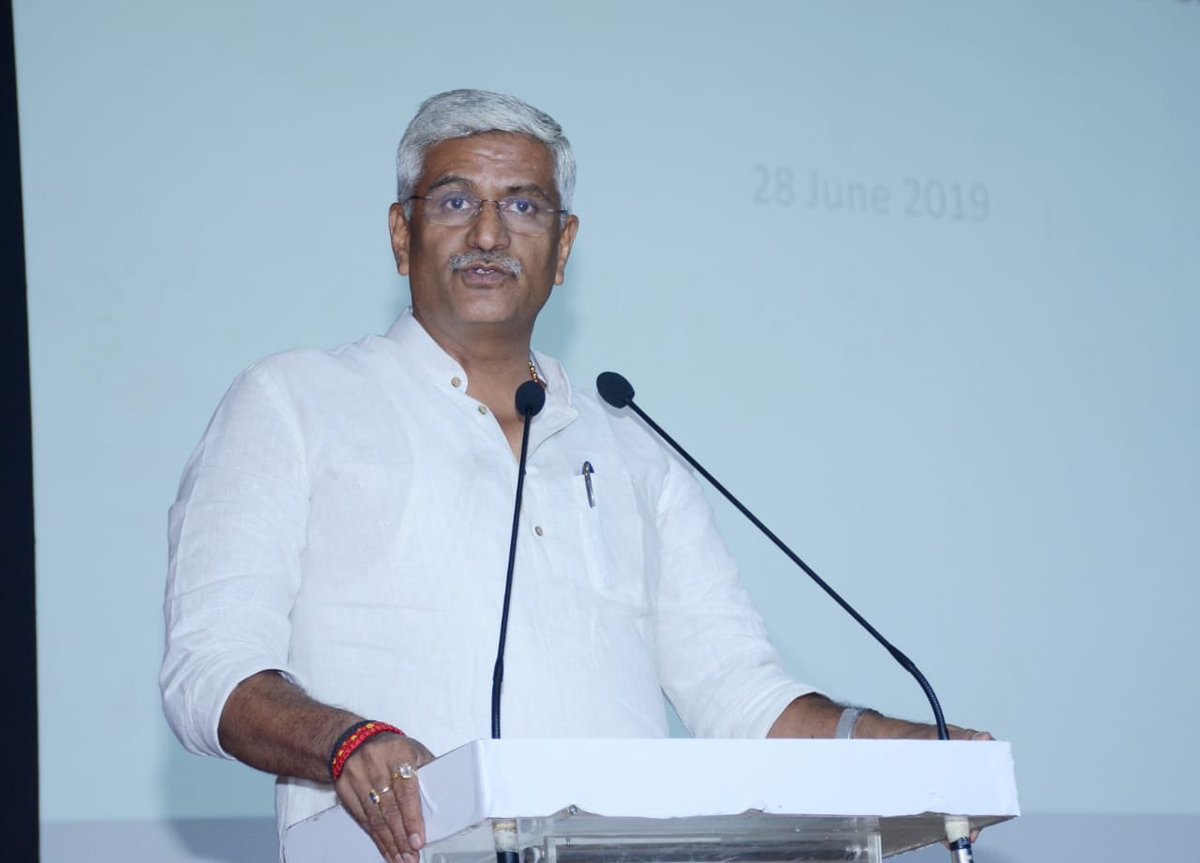 Union Minister for Jal Shakti Shri Gajendra Singh Shekhawat today lamented that 22 kilometers of  Yamuna stretch in Delhi contains more than 90 percent of pollution load and we are sounding helpless to clean the same. Participating in a Cleanathon event of “Namami Gange” at the Kalindi Kunj Ghat near Okhla Barrage this morning, the Minister said that when Prime Minister took a broom in his hand, while launching the Swachh Bharat Mission on 2nd October, 2014, it became a mass movement and access to toilets became from 39 percent in 2014 to 99 percent in 2019. Similarly, under his leadership the cleaning of river Ganga and its tributaries would be taken up in a mission mode. Today, Cleanathon under Namami Gange was carried out at 8 Ghats in Delhi.

Shri Shekhaewat said that Government could only be a catalyst, but to realise the dream and vision of Prime Minister- “Aviral Dhara”, “Nirmal Dhara” and “Swachh Kinara”, the Cleanathon project should truly become a mass movement. He said that the Government is working on the project by adopting the Basin Approach, which is more sustainable.

Speaking on the occasion, Minister of State for Jal Shakti Shri Rattan Lal Kataria said that Government is well aware of its responsibilities towards cleaning of rivers and he is happy that slowly this is also taking the shape of a mass movement like the Swachh Bharat Mission. He said, apart from Ganga, Yamuna, Kali Bhagirathi, Alaknanda and Koshi will be brought under the Cleanathon Project.

Secretary, Water Resources, River Development and Ganga Rejuvenation Shri U.P. Singh said that a river is river which must flow, but sadly this is not true for Yamuna. He also said that community engagement is must for taking Yamuna to its past pristine glory. He also lamented that people of Delhi had so far not felt Yamuna as one of their own heritages, and hence the plight of the river.

Earlier, a committee found in a report that “Although the Yamuna river flows only for 54 kilometres from Palla to Badarpur through Delhi, the 22-km stretch from Wazirabad to Okhla, which is less than 2 per cent of the river length of 1370 kilometres from Yamunotri to Prayagraj, accounts for about 76 per cent of the pollution level in the river”. This 2 per cent stretch from Wazirabad to Okhla sees maximum discharge of untreated industrial and domestic wastes.