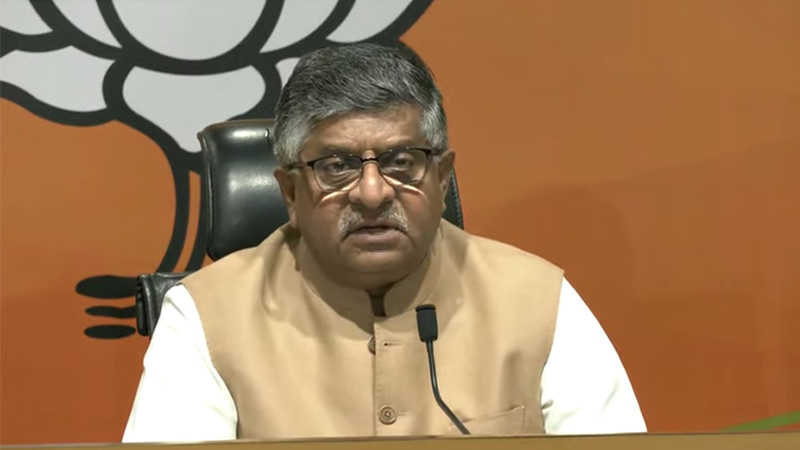 It is estimated that the frequent disruptions during the monsoon session caused by the Congress-led Opposition have cost the exchequer over Rs.130 crore.

We are seven years past the advent of Narendra Modi to the PM’s chair but the deadly cocktail of arrogance and delusion has not left India’s Grand Old Party. Having dominated Parliament for the longest time since 1947, it is ironic that the Congress has the least respect for Parliamentary ethos and proceedings. The reason for that is the Congress functioning more like a private firm compared to a political party, where the sole aim is to safeguard the interests of one dynasty.

Before moving to the present, a walk down the history lane is in order. Congress-orchestrated Parliamentary suppression reached a peak in 1975 when Mrs. Gandhi’s chair was under cloud thanks to a court order and she imposed the Emergency. The 2008 Trust Vote remains among the darkest moments in our Parliamentary history.

Our Parliamentary history has seen a distinct pattern- till the interests of one Dynasty are safeguarded, Parliament is “allowed” to function. Parliamentary politics is all about dialogue – political enmity never meant personal enmity. The Congress never adhered to that spirit. In 1999, the Congress insisted on an unethical step in the No-Confidence Motion knowing fully well that it was not in line with Parliamentary ethos. The boastful claims of “We have 272” at the forecourt of Rashtrapati Bhavan give out why the Congress did everything possible to destabilise a democratically elected Vajpayee Government.

In 2001, the Congress came up with something “novel” – to boycott George Fernandes whenever he rose in Parliament. It is no coincidence that George Fernandes remained one of the staunchest anti-Congress leaders of all-time. Such ‘man-to-man marking’ was unheard of in our Parliamentary history.

Coming to the present- the shameful conduct of the Congress during the Parliamentary session stems out of two fears:

Such an existential crisis is taking the Congress leadership towards taking juvenile steps, and is reflecting in their Parliamentary conduct. The treasury benches have said clearly that they are willing to discuss all topics. Yet, the Congress top-brass has preferred to go down the route of disruption.

It is an undeniable reality that Parliamentary productivity has been consistently high during both the tenures of the Modi Government. This includes in the Rajya Sabha as well, where the Government lacked the numbers in the early days of its tenure. Yet, overcoming personal egos the Government worked together with floor leaders and ensured smooth sessions.

Congress apologists have made a half-baked argument citing past statements of BJP leaders justifying House disruptions as a means to get heard. Such a parity is not based on facts. The then UPA Government was in complete denial of the 2G scam, preferring to use phrases such as “zero loss” to describe one of India’s most shameful corruption scandals. In contrast, the Modi government has been bending over backwards to debate pressing national issues. Be it on the border issues or healthcare challenges, the NDA called for extensive all-party meets. In both these meetings the Prime Minister was present and gave statements. What is appalling is that a meeting to discuss a sensitive issue like COVID-19 was boycotted by the Congress only because of petty political considerations. Even the lives of people come second compared to the political calculations of the top leadership of the Congress.

During their time in office, the UPA had come up with ‘creatively destructive’ methods of stalking a House in which they had the numbers. Who can forget the spraying of pepper spray by the Congress MP in a Congress-dominated Lok Sabha, protesting decisions taken by Congress Governments at the Centre and in Andhra Pradesh. The last few sessions during UPA-2 were always marked by disruptions by UPA members. At times, friendly parties were used to spread chaos. This was seen during the Lokpal Debate.

It is worth noting that when in power, UPA passed dozens of Bills either without debate or with pandemonium in the din. This includes the Competition (Amendment) Bill, 2007, Cigarettes and Other Tobacco Products (Prohibition of Advertisement and Regulation of Trade and Commerce, Production, Supply and Distribution) Amendment Bill, 2007, All-India Institute of Medical. Sciences and the Post-Graduate Institute of Medical Education and Research. (Amendment) Act, 2007 and more.

The respect Congress leaders have for Parliament can be seen in their conduct during the session. Instead of serious discussions, they indulge in antics such as winking and hugging. The attendance record of top Congress leaders is also dismal, with a tendency to go incommunicado right in the middle of the session.

Today the eyes of the nation are on our lawmakers. They are paid from hard-earned taxpayers money to legislate, debate and raise issues of national importance. Unfortunately, national and interest are not two words that exist in the minds of our Congress leaders. There is still time- they have a change to show the nation that they are interested in discussion and decorum. They have the opportunity to raise several issues, just like the Government must be given adequate time to puncture the mistruths of the Opposition. This is what makes a Parliamentary democracy vibrant. One hopes those who control the Congress are listening…