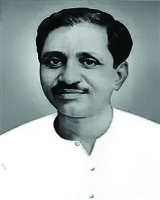 The Congress manifesto thus reiterating its stand of a socialist state, writes– ‘The fundamental problem of India is not only to increase greatly the living standards of the people, but also to bring about progressively social and economic equality. Existing inequalities and disparities in the social fabric are ethically wrong and will obstruct progress on all fronts and produce considerable strains. The objective aimed at can therefore only be derived by a socialist and cooperative approach.’

The Praja Socialist Party’s manifesto stressing the need for equality says– ‘The Praja Socialist Party believes that in India the urge for freedom expresses itself in the fight for equality. This fight that the party wages is directed against class distinctions of all kinds, whether they relate to economic position, social status or cultural advantages.’
In another paragraph it declares– ‘The Praja Socialist Party places its unshakable faith in the concept of socialism that challenges the present social order and accepts in its place an order based on equality of opportunity, on reduction in the disparities of incomes, on genuine participation of people in the control of social levers and on social mobility that helps every citizen in the country in the development and full utilising of all that is the most creative and enterprising within him.’ The Communist Party has not cared to define its objectives or reaffirm its faith in socialism in the election manifesto. Their character is perhaps too well known to need any reiteration.

The Swatantra Party expresses its concern about the common man in the following words– In pursuance of its fundamental policies, the Swatantra Party stands first and foremost, for the common man; for providing him with food, clothing and shelter, as the primary obligation of Government, for fuller employment, production of more food grains, more irrigation works, more schools, and more small industries producing goods which the common man consumes. The party, however, does not say anything with regard to the reduction of inequalities but definitely declares its opposition to monopolies. It says– ‘The party is opposed to monopoly and concentration of power in the State or in the free sector. It will promote antimonopoly legislation whenever necessary and will end the monopoly at present enjoyed by Government corporations such as the State Trading Corporation in certain fields of trade and the Life Insurance Corporation.’

The Bharatiya Jana Sangh in not wedded to either socialism or capitalism. It has, therefore, not cared to philosophise attitudes towards the solution of the economic problems of the people. It has clearly said that the doctrinaire distinction between public and private sectors should be abolished. What we need is increased production so that the necessities of the people and defence needs of the country can be satisfied. However, production programmes has got to be so planned that it does not result in a concentration of economic power and further increase in the existing inequalities. Inequalities, in fact, lead to a restricted market and then to a fall in production and employment. If the purchasing power of the common man is increased by provision of work for all and by adequate returns for the services or commodities produced, the social and economic imbalance can be rectified. Increased productivity and wages at the bottom will automatically a mean employment to others. If there is to be capital formation it must be out of the savings of those who are above the national minima. Capital-accumulation by depriving labour of an adequate wage deprives the industry of a potential market. It thus leads to increased unemployment. The Bharatiya Jana Sangh, has therefore, placed before itself, the guarantee of a minimum living standard, equitable distribution and full employment as objectives for any plan.

The need for a planned approach to the economic problems of the country is recognised by almost all the political parties. The Swatantra Party, too, which had earlier declared itself against all planning, has, in its election manifesto, not stated so unambiguously. On the contrary it ‘stands for planning carried out within the limits of the Constitution.’ There are, however, differences with regard to the mode, method and machinery of planning. While on the one extreme there is the Congress satisfied with the present plans and the Planning Commission, on the other stands the Swatantra Party which would like to abolish the Planning Commission and confine planning to the formulation of policies and the annual programme of the Government.

The Swatantra Party challenges the constitutional authority of the Planning Commission and considers it as one thwarting the supremacy of the Parliament. ‘The Party will seek’, the manifesto says ‘to restore the real and effective supremacy of Parliament and the people by abolishing the much boosted Planning Commission which has tended in effect to bring into being a non-responsible supergovernment at the Centre and the State Governments from the extra-constitutional dictation of the Planning Commission.’ The Swatantra Party may be correct so far as the Constitutional position is concerned. But they forget that in country with a federal from of constitution there is definitely need for some co-ordination machinery. Moreover, economic planning cannot be effectively done at lower levels. Even granting the usefulness and necessity for micro-planning, we cannot dispense with the need for macro-planning. If the fiscal and monetary levers of macroplanning are to be regulated, there must be some machinery which can provide the necessary knowledge. Moreover, if the States are not to be subjected to constant direction and dictation by the Centre in all matters, there must be some machinery for mutual consultations and decision-making. The National Development Council has accordingly been devised.

The BJS, taking into account the needs of planning and the present form of our Constitution, has therefore suggested changes in the Constitution of the Planning Commission and the NDC the Jana Sangh manifesto reads. ‘The Bharatiya Jana Sangh will reconstitute the Planning Commission and the National Development Council. The Commission will be made an expert body, freed of political elements.’ ‘The NDC will include besides the Central Cabinet and the State Chief Ministers, members from Parliament and State legislatures elected on a proportional basis.’ The reconstitution of these two bodies on this basis will free the plans of their partisan character and make them truly national. The need for it has largely been felt and the Prime Minister appointed an all-party consultation Committee. But this Committee has failed to work effectively. The Watimates Committee of the Lok Sabha in one of its reports had also suggested the need for such a reconstitution of the planning machinery.

The Communist Party of India has not said anything with regard to the planning machinery, but the PSP opines that ‘Democratically organized district administration has to be principal unit of the economic planning.’ Evidently it means little more than a cliche, because to these agencies the PSP proposes to hand over the implementation of the land reform programme. But they forget that economic planning means more than land reforms.