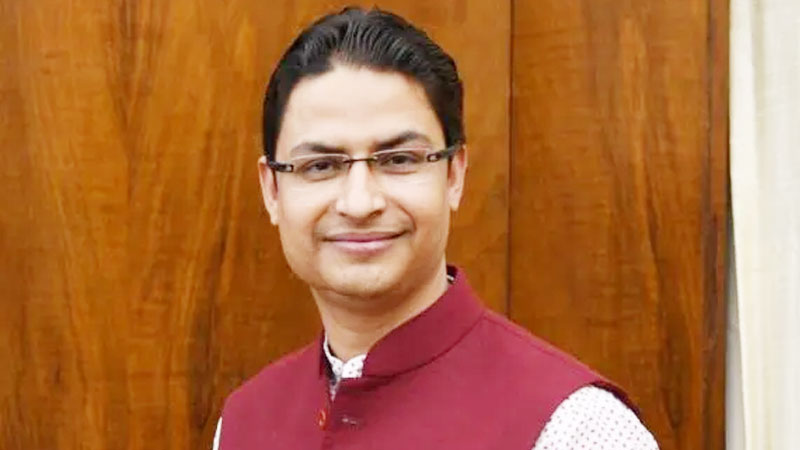 For decades, states in North East region (NER) had suffered, because of what an editor in New Delhi once described as “the tyranny of distance” syndrome. Our region was not only cut off from the rest of our nation geographically, but also at an emotional and psychological levels. Most of these stemmed from the lack of empathy and understanding on the part of former governments towards the unique socio-cultural, aspirational and developmental challenges and needs of the North East region.

However, all that changed once Hon’ble Prime Minister Sh. Narendra Modi ji took charge of our nation in 2014, and declared the development of NE Indian states as one of key priority areas for his government. It has been 8-years since the NDA Government led by BJP under Modi ji has been at the helm of our nation, and here is how North East states have benefitted under his leadership.


Not many may be aware of this, but 54 Ministries/Departments under the Central Government are today required to spend at least 10% of their budget in the North Eastern Region.

The government led by PM Modi ji has not only outlined a development vision for the North East, but our government has also provided adequate financial resources towards realizing this vision

Rs 336,640.97 crores for the development of NE Region, which is tremendously helping boost the regional economy and connectivity.

The Six Pillars of Connectivity

This is what our government led by PM Modi ji intended to change, and have been successful in transforming the infrastructure sector in the NE states. The Government under Modi ji is providing the people in the NE region a level playing field and an equal opportunity for growth as the rest of the nation, and they are doing so by focusing on the six pillars of connectivity:

The development of the North East region is of strategic importance and our nation is bound to grow only when all regions are performing at their best. With this in mind, our government under Modi ji has worked persistently towards improving air connectivity and developing aviation infrastructure in the region, through the ‘Ude Desh Ka Aam Nagrik’ (UDAN) scheme.

From the financial years 2016-17 to 2021-22 a total of 28 Air Connectivity projects have been completed in the region at a cost of Rs 979.07 crore, and 15 more projects worth Rs 2212.30 crores are currently under the process of completion.
This is helping boost regional connectivity and tourism sector in the region.

Since 2014, our government has embarked on an ambitious project to connect all the states in NE region with the national rail grid. Towards this, our government sanctioned 19 projects for a total length of 1909kms, with a budget allocation of Rs 77,930 crores, which are at different stages of implementation – planning, approval, execution.

There was a time when a 4-lane highway connecting states in the North East region, like my home state of Manipur with the rest of the nation was unimaginable. However, in the recent years, our government has completed major highway development projects thanks to PM Modi ji’s “Look and Act East” policy.
A total of 3099.50 km roads at a cost of Rs.15,570.44 crore have been constructed since 2014, and projects connecting 4016.48 km costing Rs.58,385 crore, are currently ongoing in the region.

The major ongoing Capital Road Connectivity projects in NER include alternate two-lane Highway from Bagrakote to Pakyong (NH-717A) (152 km) in Sikkim-Kalimpong-Darjeeling region, 4 laning of Imphal – Moreh section of NH-39 (20 km) and 2-laning of 75.4 km in Manipur; the 4 Laning of Dimapur- Kohima Road (62.9 km) in Nagaland; 4 laning of Nagaon bypass to Holongi (167 km) in Arunachal Pradesh; and 2 laning of Aizawl – Tuipang NH-54 (351 km) in Mizoram.
All these roads when completed will help provide tremendous boost to regional and national connectivity of NE States to the rest of India.

Growing up in Manipur, I remember we would have electricity cut off for hours, at times for days and even weeks. Realizing that electricity is one of the key components of development, our government has focused on providing uninterrupted power supply to the NE region.

There was a time when a 4-lane highway connecting states in the North East region, like my home state of Manipur with the rest of the nation was unimaginable

A total of 1,358 towers covering 1,246 villages have been installed and are providing services in the region.

March 6th, 2022 marked a historic day when MV Lal Bahadur Shastri docked at Guwahati’s Pandu port on the southern bank of the Brahmaputra, carrying 200 metric tonnes of food grains for the Food Corporation of India (FCI) from Patna. This was made possible due to the tireless efforts of our government towards opening up and making use of the inland water transport system.

Our government is developing River Brahmaputra from Dhubri (Bangladesh Border) to Sadiya (891 km) as National Waterway-2 at a cost of Rs. 461 crore during 5 years (2020-2025). River Barak has been declared as National Waterway-16, and it connects Silchar, Karimganj and Badarpur in Cachar valley of Assam with Haldia and Kolkata ports through Indo-Bangladesh Protocol (IBP) Route. The facilities created and planned would cost Rs.145 crore during 5 years (2020-2025).
This will help with faster transportation of goods to and from the national and international markets to the region.

As our nation takes concrete steps towards realizing the vision of Hon’ble Prime Minister Sh. Narendra Modi ji’s “Aatma Nirbhar Bharat”, I must say this with pride that our North Eastern states and region will not be left wanting. They will be contributing equally towards our nation building, and the NE region will be leading from the front in ensuring the economic prosperity of our nation.

Given the shared history and heritage, similar socio-cultural, ethnic and linguistic milieu, and the geographical continuity of Darjeeling hills, Terai and Dooars region with the rest of North East states, our region too has faced similar geographic hinderances, regional imbalance, deprivation, discrimination, and suffers from the similar developmental challenges and unmet regional aspirations as the rest of NE States. Given which, I believe that including North Bengal region in the North East council is most necessary to ensure that our region too gets to benefit from the focus, and various developmental priorities, projects and schemes of the Central Government.