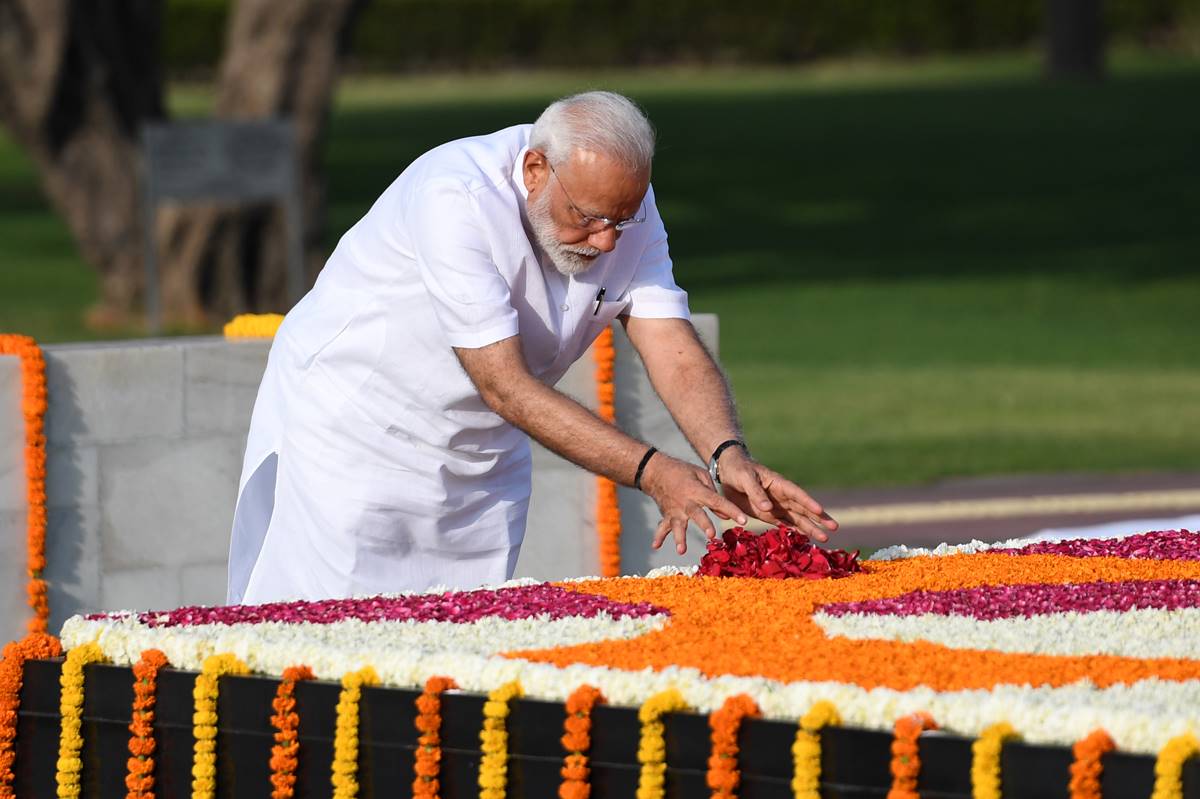 Ahead of being sworn in as the Prime Minister for a second consecutive term, Shri Narendra Modi Thursday morning paid tributes to Mahatma Gandhi and BJP veteran late Atal Bihari Vajpayee.

He also placed a wreath at the National War Memorial adjoining the India Gate here.

Later, in a series of tweets, Shri Modi said, “This year, we mark the 150th Jayanti of Bapu. May this special occasion further popularise Bapu’s noble ideals and continue inspiring us to empower the lives of the poor, downtrodden and marginalised.”
Modi said Vajpayee would have been very happy to see the BJP get such a great opportunity to serve people.

“Motivated by Atal Ji’s life and work, we will strive to enhance good governance and transform lives,” the PM said.

Referring to his visit to the war memorial, he said, India is proud of all those brave men and women martyred in the line of duty.

“Our government will leave no stone unturned to safeguard India’s unity and integrity. National security is our priority” he tweeted.