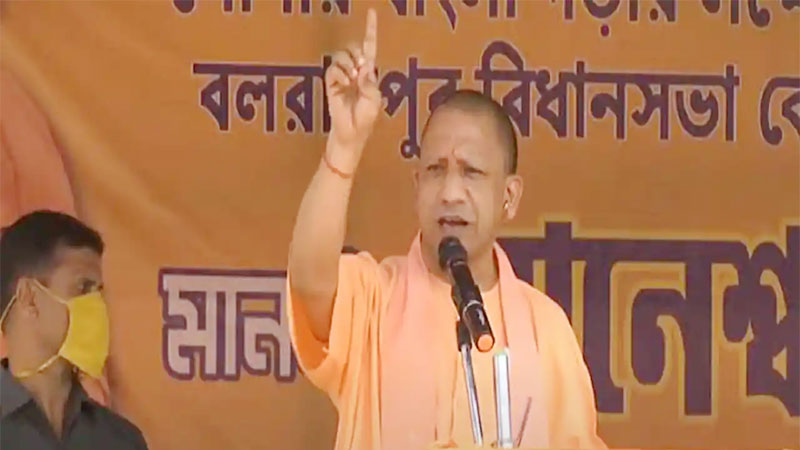 Speaking to the people UP CM said that on May 2, the BJP government is coming into the power in West Bengal. He said that BJP workers are being prevented from casting their vote. The people in administration should not do those work which they regret later.

He further said that this is time for TMC’s farewell, see off them in a grand way. He urged the administration that they should do its job honestly in conducting the elections.

CM Yogi said that Durga Puja and Saraswati Puja cannot be performed in Bengal. People are barred from playing Holi, they interrupted every festival. Two years ago, Durga Puja and Ramadan were held together, then Mamata didi prohibited Durga Puja. Instead of Durga Puja, Mamta Didi’s entire attention is focused on giving a Roza Iftar party. There has been no industry in Bengal for 10 years.

He further said that within a month of BJP government formation here, Trinamool Congress-sponsored goons will be traced and sent behind the bars. He said that the BJP workers who have been murdered, including Hooghly’s Sudarshan Pramanik, will get justice after the BJP comes to power in the state.