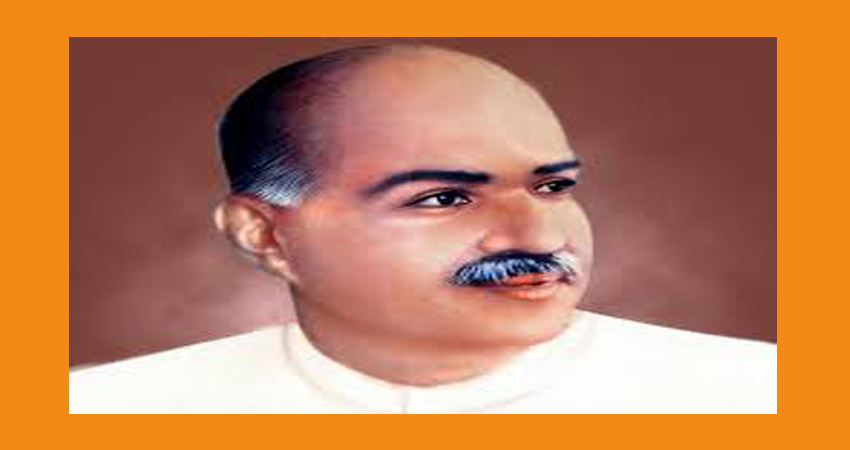 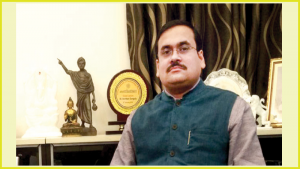 In a short life of fifty two years Dr Syama Prasad Mookerjee achieved much. The last most historic initiative of his life, the founding of Bharatiya Jana Sangh (BJS), the precursor to the present day BJP, an initiative that would, in the course of decades, alter the course of Indian politics, was an effort with which he was preoccupied and which indicated his farsightedness. The seed that he had sown against much opprobrium and resistance, the political movement which he began with 10 people, has today after decades of relentless struggle grown, in the form of the BJP, into a mighty flow with 11 crore people – members – being part of it.

Syama Prasad Mookerjee was perhaps among the youngest political leader of his time – at the age of 46 he joined free India’s first cabinet as minister for industry and supply – and also one of the most prescient, who always kept India’s national interest, her unity and integrity at the forefront of his politics. His epochal and herculean effort in ensuring that a portion of Bengal, including Kolkata, was retained in India in the form of West Bengal is a saga that ought to never be forgotten. Through his effort, in which he received extensive support from the intelligentsia of Bengal, of leaders from across the political spectrum in the state, Syama Prasad ensured that the Bengali Hindus could live in security and dignity in a portion of India that they could call their own. The stalwarts of that era – thinkers, historians, intellectuals and public personalities such as Jadunath Sarkar, R.C.Majumdar, Upendranath Banerjee, Suniti Kumar Chatterjee, Radhakumud Mookerji had all come forward to extend their unequivocal support to the Syama Prasad’s effort at saving a portion of Bengal for India.

It reflected the wide acceptance that he commanded; it also showed his capacity for far thinking and demonstrated the pragmatism of his politics. While leaders like Sarat Chandra Bose, who, under the influence of H.S.Suhrawardy, then chief Minister of Bengal, and the kingpin who implemented Jinnah’s call for direct action in Kolkata in August 1946, fell for the pipe dream of a ‘united sovereign Bengal’, Syama Prasad was clear that the proposal was a mischievous ploy to trap the Bengali Hindus and to eventually hand over the whole of Bengal to Pakistan so that the ‘moth-eaten’ portions could be filled in. Through a sustained political and intellectual movement Syama Prasad turned the tide and, in a sense, divided Pakistan. He had once famously retorted to Nehru, ‘that you had divided India, while I had divided Pakistan.’ The people of West Bengal today and Bengalis in general across India ought to continuously reflect on what the future would have been for them had Syama Prasad Mookerjee, forcefully and courageously not pushed forward and succeeded in creating West Bengal. It is a sad commentary of the politics in the state that Syama Prasad’s contribution and struggle had always faced an overbearing wall of silence. Except a few, mainly those who are his ideological descendents and followers, no other leader, in the last 6 decades or so has shown the magnanimity and grace to acknowledge his singular contribution in formation of the state.

Dr Mookerjee’s other great intervention, and one from which he never emerged alive, was the integration of Jammu & Kashmir with India. He had clearly foreseen that the state, if allowed to drift, would become the centre of the nefarious doctrine of separatism and emerge as the playground of various forces that are inimical to India’s national interest and integrity. Syama Prasad also foresaw, that loose integration of one major region of the country, would also give rise, in future, to demands for separation, with Pakistan and various other forces fanning the fires of division and extremism. He had a firm conviction in the destiny of India and therefore decided to take up personally the struggle for India’s integration. That struggle and ultimate sacrifice of his – death in detention in free India – brought to the fore the challenge of separatism, extremism and eventually terrorism and made known to the people of India the threat that these posed and would continue to pose in the future.
It was because of his sacrifice, it was because of his dauntless courage, it was because of his unequivocal stand and non-negotiable attitude when it came to protecting India’s sovereignty that the precious, strategic and civilisational portion of Jammu & Kashmir continues to be with India.

It was by offering himself to the sacrificial fire that Syama Prasad Mookerjee ensured that India’s unity was forever cemented and bridged. It was a warring end that he perhaps himself would have wanted, as he had once poignantly written, ‘My fervent desire is to die in harness, struggling and striving for the truth when the end finally comes.’

Sri Guruji Golwalkar saw him ‘as a true fighter for his motherland’ who died ‘in the forefront of the battle for integration of Kashmir.’ Veer Savarkar saw in him one of Bharat’s ‘foremost patriots, politician and a born parliamentarian’ and called for carrying on the struggle for the ‘total integration of the whole of Kashmir with the Hindustan Republic.’

But perhaps eminent educationist, public personality, thinker and sometime member of the Constituent Assembly and erstwhile Swaraj Party leader M.R.Jayakar’s tribute was most moving and unsettling, ‘To lie in a prison house’, wrote Jayakar in his homage, ‘locked there by his country’s Swadeshi Government, by persons with whom he shared power as a colleague, is a fitting termination of a warring life…Let us hope that this incident will make the Government of India realise…the deep enormity of their behaviours, which ignored all the canons of fairness and justice accepted by civilised governments.’

Syama Prasad’s struggle for the truth of India’s unassailable unity continued, while it consumed him physically, immortalised him in the imagination of all those who continue to strive to protect and nurture the India of the ages…65 years after that end on June 23 1953, Syama Prasad’s life continues to inspire us to selfless action.
(The writer is Director, Dr. Syama Prasad Mookerjee Research Foundation, New Delhi)