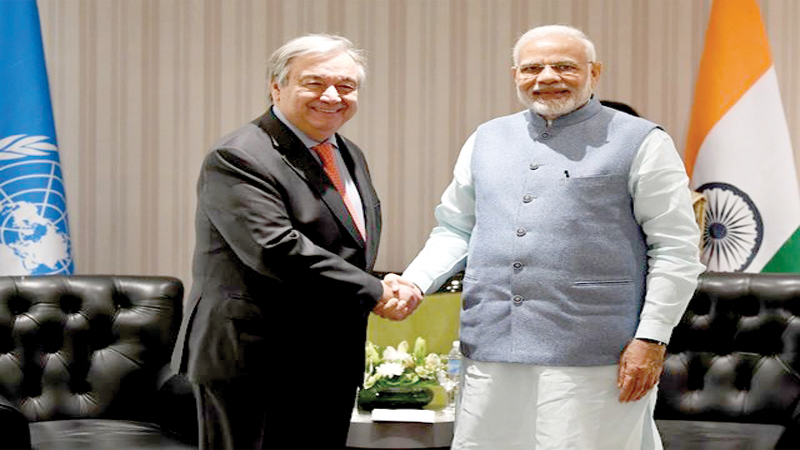 “The Secretary-General also thanked Shri Modi for his commitment to increase India’s nationally determined contributions to the Paris Agreement,” he added.