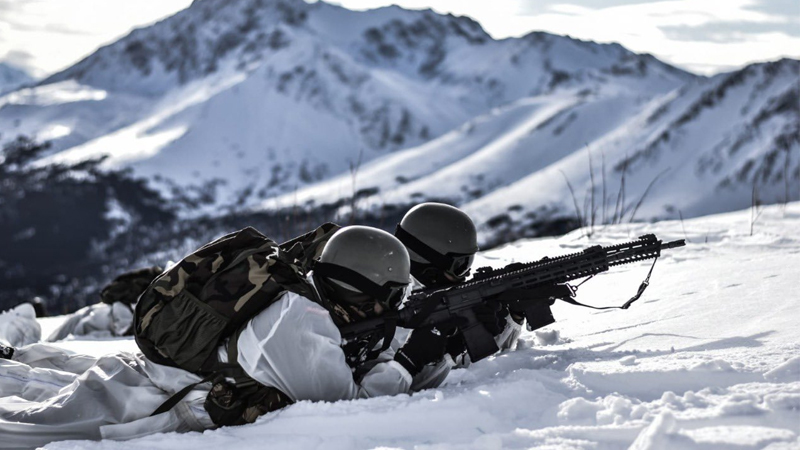 -Armed Forces Personnel retired up to June 30, 2019 to be covered

The Union Cabinet, headed by Prime Minister Shri Narendra Modi, on 23 December, 2022 has approved revision of pension of Armed Forces Pensioners/family pensioners under One Rank One Pension (OROP) w.e.f. July 01, 2019. Pension of the past pensioners would be re-fixed on the basis of average minimum and maximum pension of Defence Forces retirees of calendar year 2018 in the same rank with the same length of service. 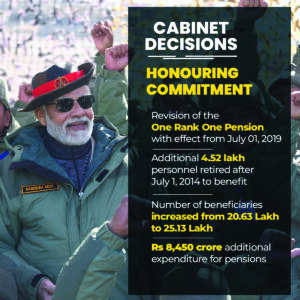 Arrears will be paid in four half-yearly installments. However, all the family pensioners, including those in receipt of Special/Liberalised Family Pension and Gallantry Award Winners, shall be paid arrears in one installment

Noteworthy, the Government took a historic decision to implement OROP for the Defence Forces Personnel/family pensioners and issued a policy letter on November 07, 2015 for revision of pension w.e.f. July 01, 2014. In the said policy letter, it was mentioned that in future, the pension would be re-fixed every 5 years. Approx. Rs 57,000 crore has been spent @Rs 7,123 crore per year in eight years in the implementation of OROP.


The Armed Forces Personnel retired up to June 30, 2019{excluding pre-mature (PMR) retired w.e.f. July 01, 2014} will be covered under this revision. More than 25.13 lakh (including over 4.52 lakh new beneficiaries) Armed Forces Pensioners/family pensioners will be benefitted. Pension for those drawing above the average shall be protected. The benefit would also be extended to family pensioners, including war widows and disabled pensioners.

Arrears will be paid in four half-yearly installments. However, all the family pensioners, including those in receipt of Special/Liberalised Family Pension and Gallantry Award Winners, shall be paid arrears in one installment.
The estimated annual expenditure for the implementation of the revision has been calculated as approx. Rs 8,450 crore at 31% Dearness Relief (DR).