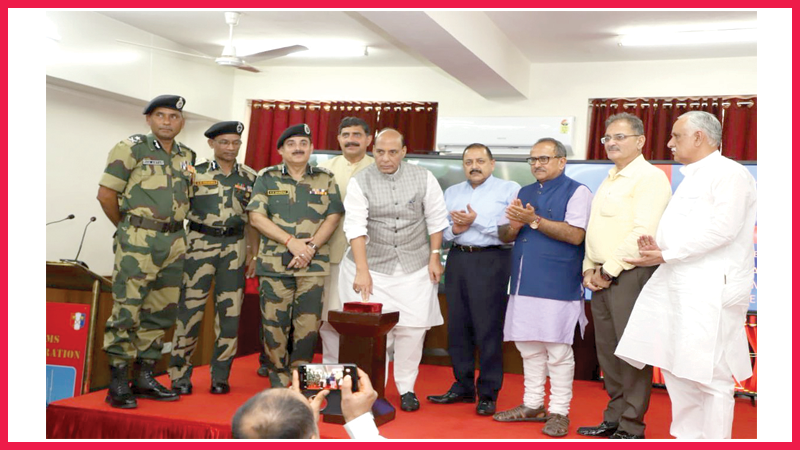 The project would be implemented along the vulnerable 2,026-km stretch of the border based upon feedback of the smart fences at two — 5.3 km and 5.5 km – stretches in the state’s Samba sector.

The India-Pakistan border in the state’s Jammu region has been vulnerable to infiltration and cross-border strikes. The Israeli technology has inspired the project, which involves integration of surveillance equipments and day and night vision cameras.

“It is a historic day for all of us because the nation’s security is paramount. Though our security forces keep guarding our borders, this technology called the Comprehensive Integrated Border Management System (CIBMS) will make border guarding more effective,” Shri Singh said.

Shri Rajnath Singh said a similar pilot project will be launched along the India-Bangladesh in November in Assam. “Today is our Prime Minister (Narendra Modi)’s birthday. I dedicate this CIBMS to martyrs, who have made supreme sacrifices on the borders for the nation,” he said.