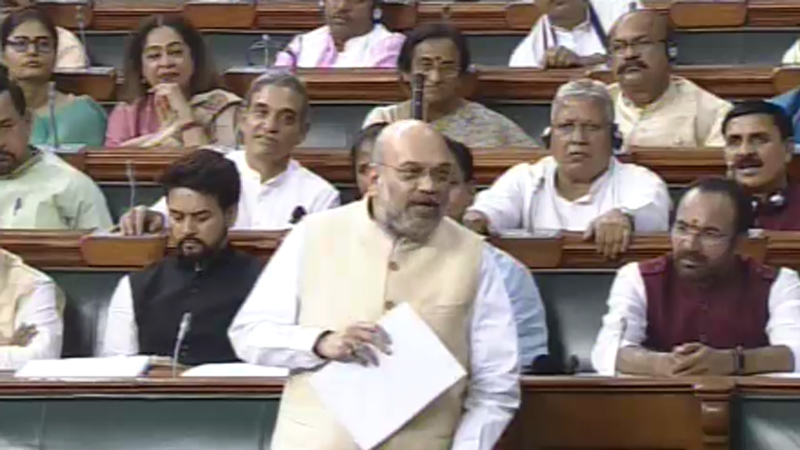 The Lok Sabha on Wednesday passed the Unlawful Activities (Prevention) Amendment Act Bill, which enable the designation of a person, suspected of having terror links, as “terrorist”. The bill was passed after uproar from members of opposition parties, who claimed that the provision could be misused by authorities.

Batting for the bill on the floor of the House, Union Home Minister Shri Amit Shah asserted that “there is a need for a provision to declare an individual as a terrorist”. “The United Nations has a procedure for it, US has it, Pakistan has it, China has it, Israel has it, European Union has it, everyone has done it,” said the Home Minister.

Targeting the Congress in the course of his speech, the Home Minister added, “When you question us, you don’t see who brought the law and amendments, who made it stringent. It was brought when you were in power, what you did then was right and what I’m doing now is also right.”