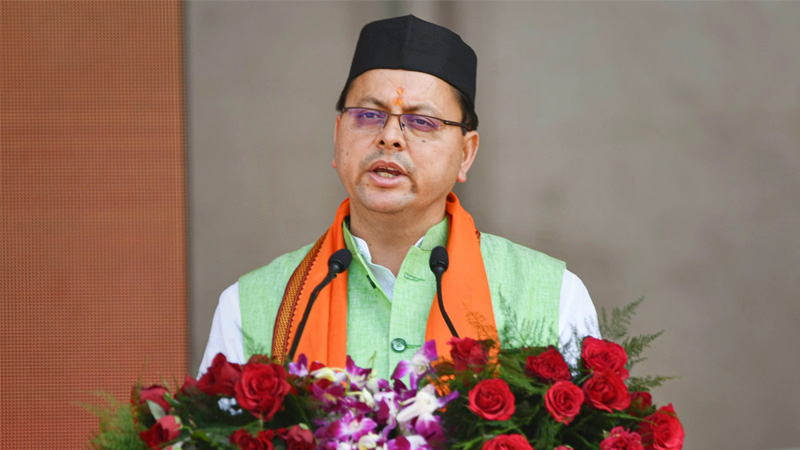 Uttarakhand Chief Minister Shri Pushkar Singh Dhami on 03 June, 2022 won the by-poll to the Champawat assembly seat defeating Congress’ Nirmala Gahtori by a record margin of over 55,000 votes to retain his office.

Bypoll to the Champawat assembly seat was held on May 31, with over 64 per cent of the electorate casting their votes. Shri Dhami garnered 58,258 votes against Gahtori’s 3,233 votes, winning by a record margin of 55,025 votes, election officials in Champawat said. The Congress candidate lost her deposit, they said.

After Dhami’s win, PM Shri Narendra Modi tweeted, “Congratulations to Uttarakhand’s dynamic CM Pushkar Singh Dhami for the record win from Champawat.” “I am confident he will work even harder for the progress of Uttarakhand. I thank the people of Champawat for placing their faith in BJP and laud our Karyakartas for their hard work,” the Prime Minister said.