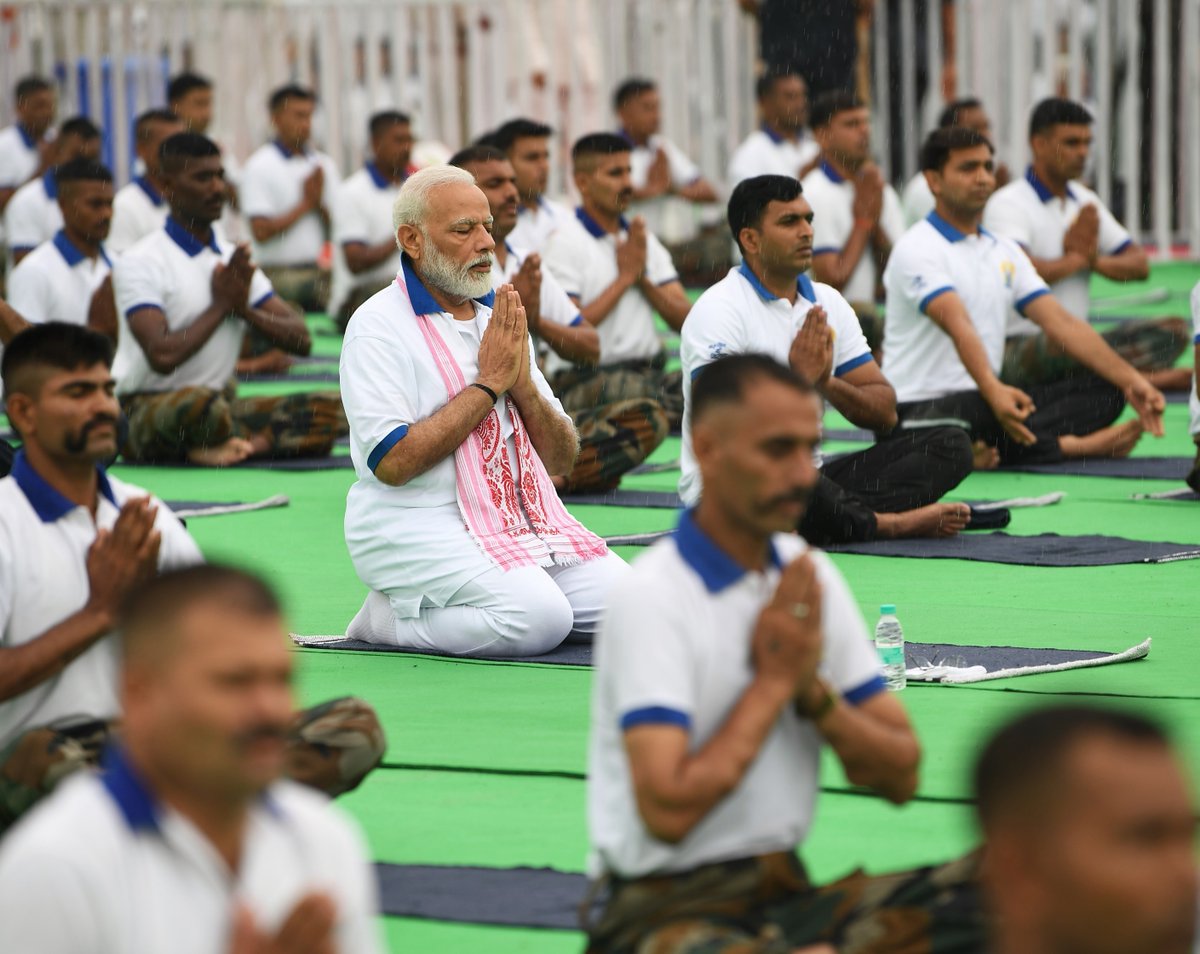 The Prime Minister, Shri Narendra Modi, today participated in a Mass Yoga Demonstration at Ranchi, on the occasion of International Day of Yoga.

“Let our motto be Yoga for peace, harmony and progress”, exhorted the Prime Minister as he commenced his address, shortly before the Yoga session.

Greeting everyone on the occasion, he complimented media personnel, and those associated with social media, for the key role they have played in spreading the message of Yoga.

The Prime Minister said that he now wants to take the message of modern Yoga, from the cities to the villages, and to the homes of the poor and tribal communities. He emphasized that Yoga must become part of the lives of the poor and the tribals, because they suffer the most on account of illness.

The Prime Minister said that today, with changing times, our focus should be on wellness too, besides preventing illness. He said Yoga can give us this strength. He said this is the spirit of Yoga, and of ancient Indian philosophy.

The Prime Minister said Yoga is not accomplished merely by the activities that we perform for a while on the ground or the mat. He said Yoga implies discipline and dedication, and this must be practiced throughout our lives.

The Prime Minister said that today, from drawing rooms to board rooms, parks to sports complexes, and streets to wellness centres, Yoga has caught the imagination of people.

Shri Narendra Modi said that Yoga is both ancient and modern. It is constant and evolving, he added.

For centuries, the essence of Yoga has remained the same: healthy body, stable mind, spirit of oneness, the Prime Minister said. Yoga provides a perfect blend of knowledge, work and devotion, he said.

The Prime Minister said that as the world adopts Yoga, we should lay stress on research related to the subject. He said Yoga should connect with disciplines such as medicine, physiotherapy, and artificial intelligence.