“First 100 days had been of “development, trust and big changes” in the country”

The Modi government 2.0, completed it’s first 100 days of its second tenure in office on 08 September, 2019. Union Minister for Information and Broadcasting Shri Prakash Javadekar, addressing a press conference on the occasion said the biggest decision by way of revoking Article 370 and Article 35A was to ensure that Jammu and Kashmir is no longer sequestered from rest of the country. 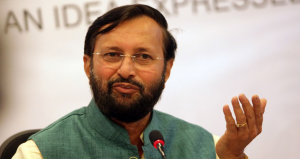 “Modi government 2.0 in its first 100 days has made historic and landmark decisions, with speed, be it Jammu and Kashmir or decisions regarding Unlawful Activity Prevention Act or reflections on status of economy. These could be done because the preparations for these decisions began before elections,” Shri Javadekar said.

The Minister reiterated that Kashmir has largely been incident free since revoking of Article 370 and 35A on August 5, 2019.

“It’s been 35 days there has been only one or two stray incidents like the one yesterday. No life has been lost, no bullet has been fired. Since terrorism started in the Valley in 1990s, this is the first time that such a thing has happened,” he added.
Asserting that normalcy has returned swiftly in the State, Shri Javadekar said other than Section 144 in 14-15 police stations in entire state, there were no other restrictions in place. He also said that despite efforts from Pakistan to knock on every door including the United Nations, the entire world is standing with the government.

The theme of the government, he said, is to empower the poor, farmers, labourers, Dalits and all those who did not get their share of development.

Prime Minister Shri Narendra Modi hailed the 100-day performance by Bharatiya Janata Party-led NDA 2.0 government as unprecedented and historic on all fronts. We have been working speedily in all sectors, whether it is the Jal Jeevan Mission, respect and help to each and every farmer in the country, setting free our Muslim women from the malaise of Triple Talaq, or laws for strengthening children’s security,” PM Shri Modi said on September 07, 2019 in Mumbai.

He said the country must fulfill the dreams and aspirations of the past and present and also prepare for the future from now to ensure a better and happy life for our children. “We must ensure that the future generations do not suffer the same type of problems which we were accustomed to, and the improvement of each individual will result in the country’s progress,” the PM urged.Modi Government Earlier, launching major Metro railway-related infrastructure projects worth over Rs 20,000 crore for Mumbai, PM Shri Modi said that these would help make the lives of Mumbaikars “easy and time-saving”.

“When the country is moving towards becoming a $5-trillion economy, its imperative for our cities also to take simultaneous strides into the 21st century, for which the government will spend Rs 100 lakh-crore over the next five years,” he said.
Dwelling on the upcoming Metro Railway networks, the PM said that in the past five years alone, projects worth Rs 150,000-crore have been initiated in Mumbai.

Earlier, the city had only 11 km of the Mumbai Metro (the Versova-Andheri-Ghatkopar corridor), but by 2022-2023, it will shoot up to around 350 km which will create a large number of jobs and ease the sufferings of the Mumbai commuters.
Besides, he said that of the 675 km operational Metros in 27 cities across the country, around 400 km came up only in the past five years of the NDA rule, and another 600 km new lines have already been sanctioned.

Starting his speech with “Ganpati Bappa Morya”, PM Shri Modi ended by urging the people to resolve to clean up the city’s beaches and Mithi River after the immersion ceremonies of Lord Ganesha on September 12, marking the culmination of the 10-day long Ganeshotsav festival in the state.

Further Prime Minister Shri Narendra Modi on 08 September 2019 in Rohtak said the first 100 days of the NDA government’s second term has been of “development, trust and big changes” in the country.

Addressing a rally in Rohtak the PM further said the union government has taken several important decisions during this period, including for those in the farm sector and for the national security.”Whatever big decisions were taken in the past 100 days, inspiration behind them were 130 crore people of the country,” he said. Shri Modi said during the recent Parliament session, a numbers of bills were passed and the amount of work that was done had never happened in any Parliament session in the past 60 years.”I thank all the parties for the record work done,” he said.

Modi a symbol of hope for everyone : Amit Shah

Union Home Minister and BJP National President Shri Amit Shah on 08 September, 2019 said the Narendra Modi government is “synonymous” with the national security, development and welfare of the poor besides being a “symbol of hope” for every section of the society.

On the completion of 100 days of the Modi government, Shri Shah said within this period, it has taken several “historical decisions”, including abrogation of special status given to Jammu and Kashmir under Article 370.

“Modi govt is synonymous with national security, development & welfare of the poor,” he said in a series of tweets.

The BJP National President said the Modi government is a symbol of hope for every section of the society.

“Within 100 days of Modi 2.0, PM Narendra Modi has taken several historic decisions, for which every Indian had been waiting since 70 years,” he said.

The Home Minister said whether it was the decision to “remove Article 370, Article 35A from Jammu and Kashmir or to free Muslim women from the curse of Triple Talaq or strengthening nation’s security apparatus by amending the Unlawful Activities (Prevention) Act, all these historic decisions are a result of PM Modi’s decisive leadership”.

Shri Shah also congratulated PM @narendramodi ji and all ministerial colleagues on the completion of the historic 100 days of Modi government 2.0.

He also assured all the countrymen that Modi government will leave no stone unturned for the development, welfare and security of our nation. 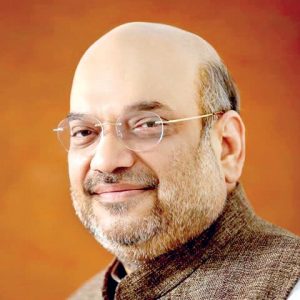 Modi govt is synonymous with national security, development & welfare of the poor. It is a symbol of hope for every section of our society. Within 100days of Modi 2.0, PM @narendramodi has taken several historic decisions, for which every Indian had been waiting since 70 years.

Whether it was the decision to remove Article 370 & 35A from J&K or to free Muslim women from the curse of Triple Talaq or strengthening nation’s security apparatus by amending the UAPA Act…All these historic decisions are a result of PM Modi’s decisive leadership. #MODIfied100.