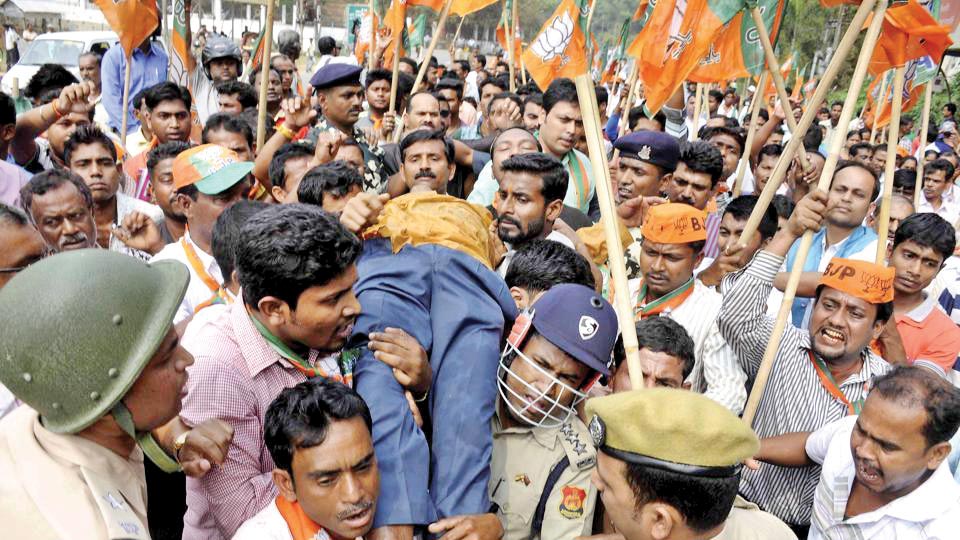 Nearly 15,000 Bharatiya Janata Party activists including state President Shri Biplab Kumar Deb were detained during a civil disobedience movement launched throughout Tripura on 24 March, 2017 while demanding a CBI probe into the murder of a party tribal leader in Dhalai district.

Shri Chan Mohan Tripura, an elected member of the Village Committee, a substitute of Gram Panchayat in tribal autonomous district council areas and President of BJP’s Janajati Yuva Morcha, Gandacherra Mandal committee was mowed down near his home in Ganddachara sub-division in Dhalai district. “Nearly 15,000 picketers were held during the protest. A few got minor injuries during the movement,” said superintendent of police (Control) Bhanupada Chakraborty. The protests took place outside administrative offices and police stations in 62 different places across Tripura’s eight districts. The state BJP is demanding the central agency probe into the murder of Shri Chan Mohan Tripura.