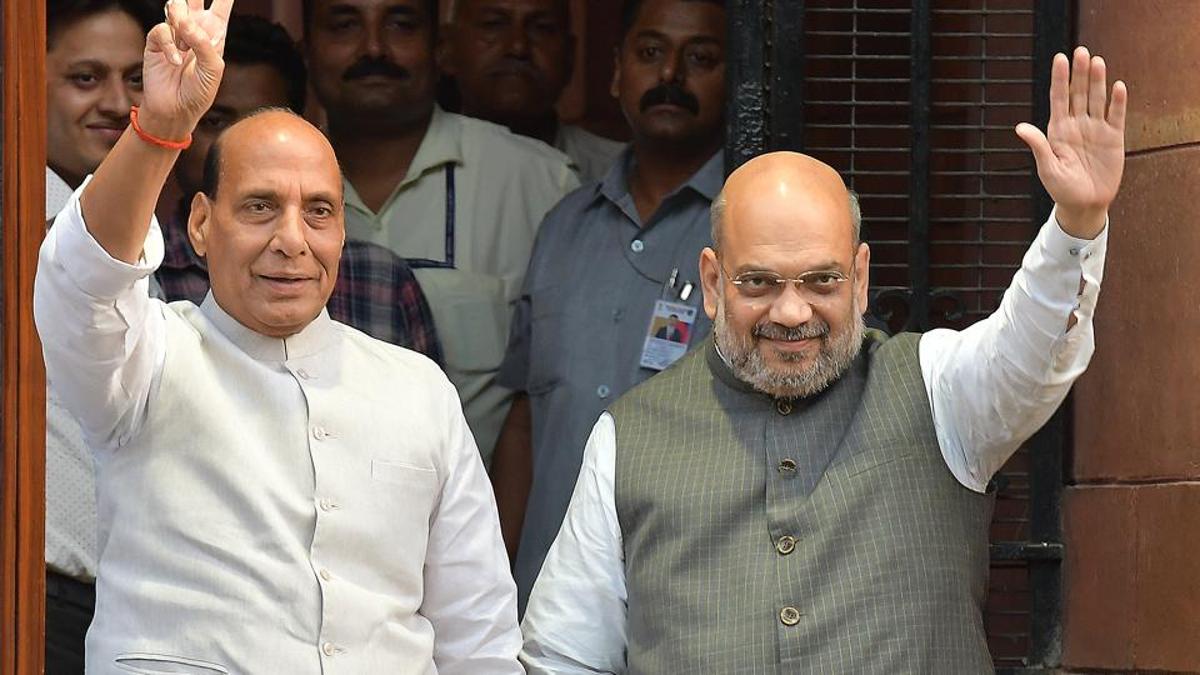 BJP chief Shri Amit Shah stepped into his new role today as he took charge as the country’s Home Minister, two days after he took oath for the first time as a cabinet minister in Prime Minister Shri Narendra Modi’s government.
The 54-year-old, wearing a light blue jacket over his white kurta, could be seen walking inside the North Block, taking charge of his office around noon today. At his North Block office, he was received by Union Home Secretary Shri Rajiv Gauba and other senior officials.

Shri Amit Shah takes over the Home Ministry from Shri Rajnath Singh, who has been given charge of the Ministry of Defence.