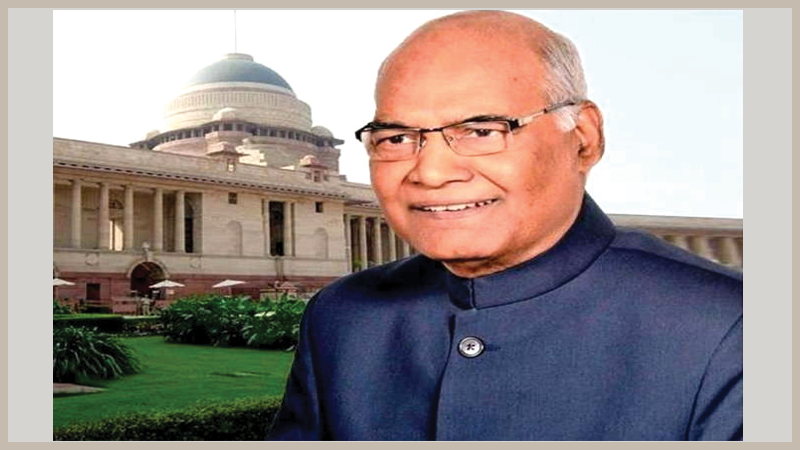 Hon’ble President of India Shri Ram Nath Kovind addressed to the joint sitting of both Houses of Parliament on 31 January, 2020. He said in 2022; when India will host the G-20 Summit and Host the summit in the year marking the 75th anniversary celebration of our independence, India’s global influence will further enhance. Highlights of the address;

• Government has provided more than 6 crore cooking gas connections to such sisters and daughters under the UjjwalaYojana.

• Under the world’s biggest health care scheme, ‘Pradhan Mantri Jan AarogyaAbhiyan’,
• 50 crore poor are eligible for availing treatment up to Rs 5 lakh per year per family in case of a serious illness.
• In a short period of four months, more than 10 lakh poor have already availed free treatment from hospitals under this scheme.

• From Madurai in Tamil Nadu to Pulwama in Jammu-Kashmir; and from Rajkot in Gujarat to Kamrup in Assam, new ‘AIIMS’ are being established.

In the last four-and-a-half years, 1 crore and 30 lakh homes have been constructed under the rural housing schemes of the Government, whereas in the five years preceding 2014, only 25 lakh houses had been constructed.

Under ‘Pradhan Mantri AwasYojana’, the Government is also giving interest subsidy of 6 and a half per cent to the persons belonging to low income group.

• Today every village has been electrified. Under ‘Pradhan Mantri Saubhagya Yojana’, 2 crore and 47 lakh homes have been provided electricity connection.

FOR THE ASPIRATIONS AND DREAMS OF YOUNG INDIANS OF 21ST CENTURY

Keeping in mind the desire of the youth to be self-reliant, the Kaushal Vikas Abhiyan was launched. Under this Abhiyan, in the last four years, on an average one crore youth have been trained every year in different skills.

Under the ‘Pradhan Mantri Mudra Yojana’, which facilitates credit for professional and business requirements, loans worth more than Rs. 7 lakh crore have been disbursed to the youth without any guarantee. More than 15 crore people have benefitted and over 4 crore 26 lakh first time borrowers have started their business under this scheme.

Under ‘Start Up India’ and ‘Stand Up India’, Government has provided financial assistance to make the youth self-reliant. As a result, in the world of start ups, India now figures as a frontline country.

• 7 IITs, 7 IIMs, 14 IIITs, 1 NIT and 4 NIDs are being established. It has been decided to enhance the amount of scholarship and fellowship by more than 25 percent to encourage research activities in the country.

• The Government is setting up more than 5,000 ‘Atal Tinkering Labs’ for taking ideas to innovation.

• Under the ‘Pradhan Mantri Mudra Yojana’, the maximum benefit has been availed by women. Out of the 15 crore Mudra loans provided so far throughout the country, 73 percent have been disbursed to women entrepreneurs.

• Under the ‘Deen Dayal Antyodaya Yojana’, about 6 crore women have become members of Self Help Groups.

• Providing the farmers with fair price for their crops, access to new markets and helping them with additional sources of income.

• Government has taken the historic decision of fixing the Minimum Support Price – MSP of 22 crops at one and a half times higher than the production cost of the crop.

• The number of Krishi Vigyan Kendras is being increased across the country to assist the farmers with scientific methods of farming.

• More than 17 crore Soil Health Cards have been distributed to inform the farmers about the health of the soil.

ACTION AGAINST CORRUPTION AND BLACK MONEY

• New laws were enacted for sectors thriving on black money, and those were brought under the ambit of taxation.

• Demonetisation was a defining moment in the Government’s war on corruption and black money.

• The registration of 3 lakh 38 thousand dubious shell companies responsible for flow of black money have been annulled by the Government.

• Assets worth more than Rs 50 thousand crore are being confiscated under the Benami Property Act, Prevention of Money Laundering Act and the law against fugitive economic offenders.

• Under the Udan Yojana, 19 new airports are being built in Eastern India and of these 5 are coming up in the North East.

• The work of reconstruction of fertilizers plants at Gorakhpur in Uttar Pradesh, Barauni in Bihar and Sindri in Jharkhand, which were closed for several years, is progressing rapidly.

• The ‘Urja Ganga Pariyojana’ started with an approximate outlay of Rs.13 thousand crores will help xpand the industries based on gas pipeline in several cities of Eastern India.

• Almost all the railway lines of the North-East have been converted to broad-gauge.

• Through the surgical strike on cross border terror posts, India has shown its new policy and strategy.

• Not only has Government fulfilled the demand for One Rank One Pension that had been pending for 4 decades, but it has also disbursed arrears amounting to more than Rs 10,700 crore to 20 lakh ex-servicemen.

• After a gap of many decades, the Indian Air Force is preparing to welcome, in the coming months, its new generation ultra-modern fighter aircraft Rafale and strengthen its strike capability.

• In the last few years, a record number of youngsters in the Maoist areas have come forward to join the mainstream.

It is a measure of Government’s diplomatic success that today India’s voice is heard with respect at international fora.