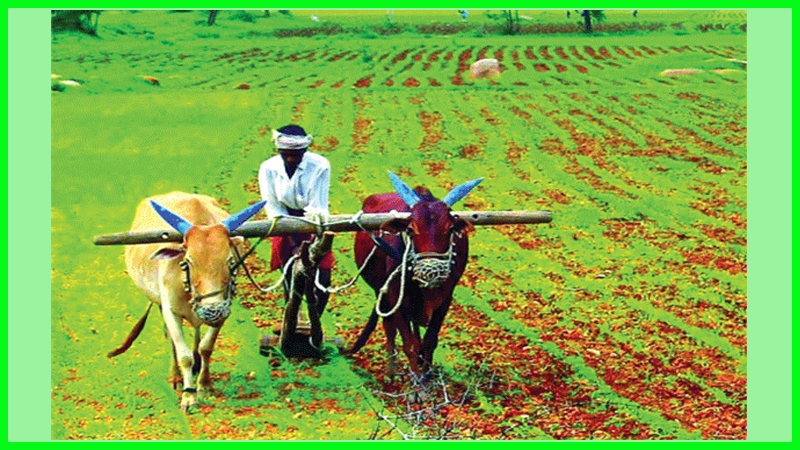 Under then agriculture minister Rajnath Singh, in 2004 for the first time in the history of independent as well as colonial India, a National Commission on Farmers (NCF) was set up by the Government of India for looking into the problems of farm families and suggesting methods for making farming more remunerative as well as attractive to the younger generation.
This commission’s report in 2006 not only contained suggestions for the advancement of agriculture but also for the economic wellbeing of farming families. An important goal set for farmers’ welfare by NCF is to improve the economic viability of farming by ensuring that farmers earn a “minimum net income” and that agricultural progress is measured by the advance made in improving that income.

Other significant goals include mainstreaming the human and gender dimension in all farm policies and programmes and giving explicit attention to sustainable rural livelihoods; completing the unfinished agenda in land reforms and initiating comprehensive asset and aquarian reforms; and developing a social security system and support services for farmers.
Furthermore, protecting and improving the land, water, biodiversity and climate resources essential for sustained advances in the productivity, profitability and stability of major farming systems by creating an economic stake in conservation.

Strengthening the biosecurity of crops, farm animals, fish and forest trees would safeguard the work and income security of farmer families, and the health and trade security of the nation. Likewise fostering community-centred food, water and energy security systems in rural India would help ensure nutrition security at the level of every child, woman and man.

In terms of the goal of attracting youth to farming, NCF suggests making it both intellectually stimulating and economically rewarding, by conferring the power and economy of scale to small and marginal farmers both in the production and post-harvest phases of farming. Emphasis is also put on restructuring agricultural curriculums and pedagogic methodologies for enabling every farm and home science graduate to become an entrepreneur and to make agricultural education gender sensitive.

Finally there is the goal of making India a global outsourcing hub for the production and supply of inputs needed for sustainable agriculture, and products and processes developed through biotechnology and ICT.

But although the NCF report was submitted in 2006 very little action was taken until the present government headed by Prime Minister Narendra Modi took office. Fortunately over the last four years, several significant decisions have been taken to improve the status and income of farmers.

Both budgetary and non-budgetary resources have been allocated for promoting micro-irrigation through the Pradhan Mantri Krishi Sinchayee Yojana. Conservation and sustainable use of indigenous breeds of cattle is being encouraged through a Rashtriya Gokul Mission. The Prime Minister also inaugurated the first ever International Agrobiodiversity Congress.

Promotion of the electronic national agriculture market is helping bring together different agriculture markets. Likewise the creation of Gramin Agriculture Markets will provide scope for direct sales to consumers in both retail and bulk form. Notable in this context is also the introduction of the Agricultural Produce and Livestock Marketing Act, 2017 and Agricultural Produce and Livestock Contract Farming Services Act, 2018 supported by electronic Negotiable Warehouse Receipt system for increased institutional credit to the farm sector.

Also notable is the determination of MSP on the basis of NCF recommendations and assured procurement at MSP of more crops. Integration of protein rich pulses and nutri-rich millets into welfare programmes including PDS, mid-day meals and ICDS is important too.

Activities like apiculture, mushroom cultivation, bamboo production, agro-forestry, vermicomposting and agro-processing are being promoted to generate additional jobs and income for farm families. The prime minister has also suggested that we should develop methods by which farmers’ income can be doubled within five years. Plus several corpus funds are being set up to complete ongoing irrigation productions, modernise the infrastructure in dairy cooperatives, and strengthen the adoption of inland and marine aquaculture.

Above all, the recent announcement of a remunerative price based essentially on the recommendation of NCF is a very important step to ensure the economic viability of farming. To underline, government has ensured in its notification that from kharif 2018 onwards MSP of the notified crops would be minimum of 150% of the cost of production; it ranges from 150-200% for coarse cereals.

As for farmers’ agitations still continuing, a major demand is the waving of loans and the implementation of the NCF recommendations on MSP. Both these problems are now receiving attention and appropriate action.

These are only some of the steps being taken to realise the concept of Jai Kisan. If all the above schemes are implemented effectively by the state and central governments, the future of farming and farmers can be shaped to also help India become a leader in both food and nutrition security. In addition the Prime Minister has launched a National Nutrition Mission with a three year budget of Rs 9,000 crore. His emphasis on agriculture as the prime industry of rural India urges doing everything possible to make agriculture both a source of income and the pride of our nation.

(The Writer is a Renowned